NEW YORK, May 30 (Xinhua) - While the United State continues its military aid to Ukraine, "it is trapped in the death spiral of unchecked militarism," which causes the Americans' livelihood to deteriorate, a Pulitzer Prize winner has said in a commentary published by U.S. media outlet Salon.com. 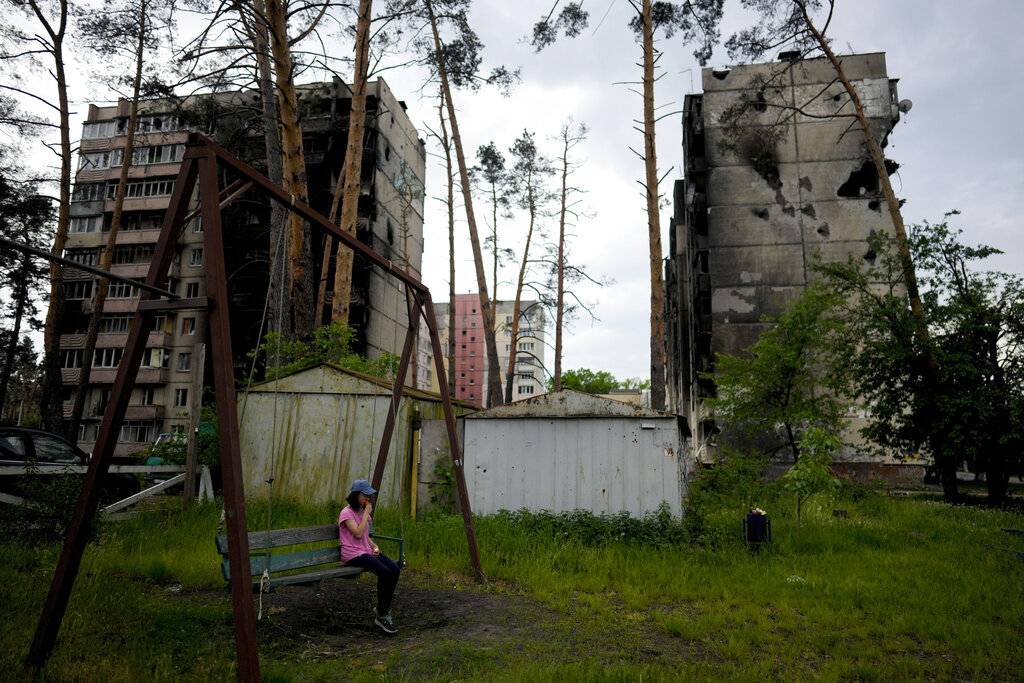 A girl sits on a swing outside destroyed buildings during attacks in Irpin outskirts Kyiv, Ukraine, Monday, May 30, 2022. (Photo: AP)

Most of the recent U.S. aid for Ukraine went to weapons manufacturers such as Raytheon Technologies, General Dynamics, Northrop Grumman, BAE Systems, Lockheed Martin and Boeing, he said in the article entitled "A return to permanent war is here: First it will bankrupt America, then destroy it."

Noting that this is "only the beginning," he continued that "the permanent war economy, implanted since the end of World War II, has destroyed the private economy, bankrupted the nation, and squandered trillions of dollars of taxpayer money."

Now in the United States, from politicians to mainstream media, none stands out to oppose the permanent war economy or curb its excesses. "The two ruling parties have been bought by corporations, especially military contractors. The press is anemic and obsequious to the war industry," he said.

The military strategists invest in imaginary theories of future wars but ignore the lessons of the past, ensuring more fiascos, while the political class refuses to accept the emergence of a multipolar world and the palpable decline of American power, said the writer who is also a columnist at ScheerPost.

"We are going to pay a very steep price for this burlesque," he warned.