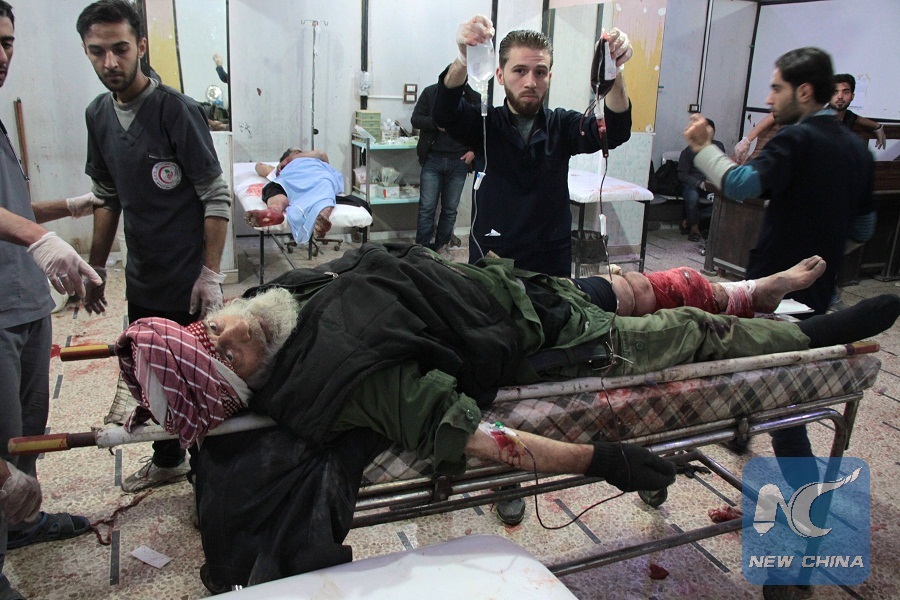 21 civilians were killed on Monday by airstrikes on the rebel-held province of Idlib in northwestern Syria. Photo: AFP

At least 21 civilians were killed Monday by airstrikes on the rebel-held province of Idlib in northwestern Syria, a monitor group reported.

Half of the killed in the airstrikes that targeted the countryside of Idlib were children and women, said the Syrian Observatory for Human Rights, accusing Russian and Syrian warplanes of carrying out the airstrikes.

There were no official comments from the Syrian government.

The airstrikes came just hours after a deadly blast in Idlib killed 34 people, including 18 civilians, according to the Observatory.

The overnight blast targeted a position of the Agnad al-Caucaus rebel group, which is allied with the al-Qaida-linked Levant Liberation Committee (LLC).

No party claimed responsibility for the bombing, but it's apparently a rebel-on-rebel operation, especially now that the LLC is accusing the Agnad group of backing down on supporting the LLC in their battles in Idlib against the government forces and other rival groups.

The Syrian army has been on a wide-scale offensive in the southern countryside of Idlib, capturing tens of towns and villages over the past two months.

The recent military victory was achieved on Sunday when the Syrian army captured the strategic town of Sinjar, which enables the government forces to advance toward capturing the key air base of Abu al-Duhur.

Idlib has emerged as the main destination of the rebel groups, which have evacuated several positions across Syria after surrendering to the Syrian army.

The area has become a home to several rebel groups from different affiliations, some of which are supported by Turkey, while others, such as the Nusra Front, are designated as terrorist groups.