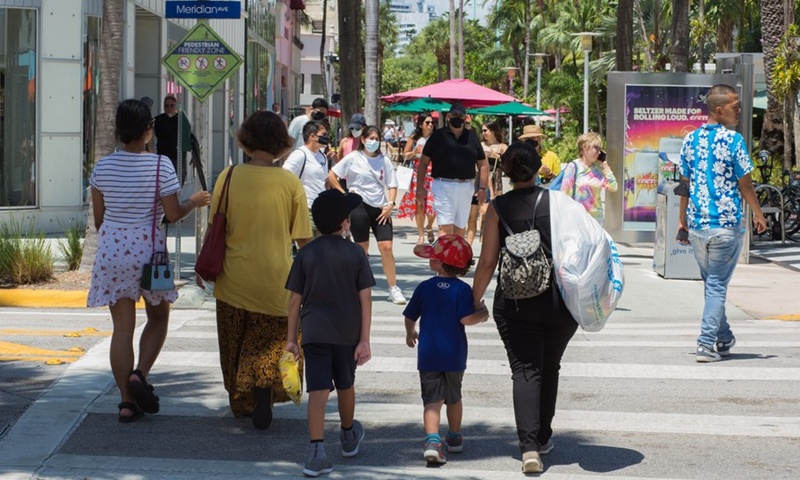 Florida's largest school district on Wednesday imposed a mask mandate in defiance of the state's governor, the latest chapter in the coronavirus political battle in the southern US where new infections are highest.

At a day-long meeting that grew contentious at times, the Miami-Dade County School Board voted to require most of the district's 360,000 students, as well as staff, to wear face coverings when classes begin on Monday. Governor Ron DeSantis previously placed a ban on local mask mandates.

"While I am a very, very strong advocate, and always have been, for parental choice, what we are facing in our community is a public health emergency where lives are at risk," said board chair Perla Tabares Hantman, who supported the mandate.

The requirement, which the board approved by a 7-1 vote following the recommendation of its superintendent, exempts student who cannot wear masks for medical reasons.

Like some other Republican governors, he has called mask-wearing a personal choice which for students should be made by parents.

Miami-Dade joins at least two other counties that have bucked the governor's order.

The state Board of Education on Tuesday voted unanimously to punish Broward and Alachua counties for mandating masks in schools in defiance of the governor's order, local media reported.

They are the first to be punished, although no specific actions have been taken against them, the local media said.

As officials across the South spar over mask mandates, COVID-19 deaths in the US reached a five-month high on Tuesday.

More than 1,000 people were reported to have died on Tuesday, the most in one day since March, according to a Reuters tally.

In Tampa, Florida, nearly 5,600 students and over 300 employees of a single school district remained in isolation or quarantine on Wednesday after either catching COVID-19 or potentially being exposed to it.