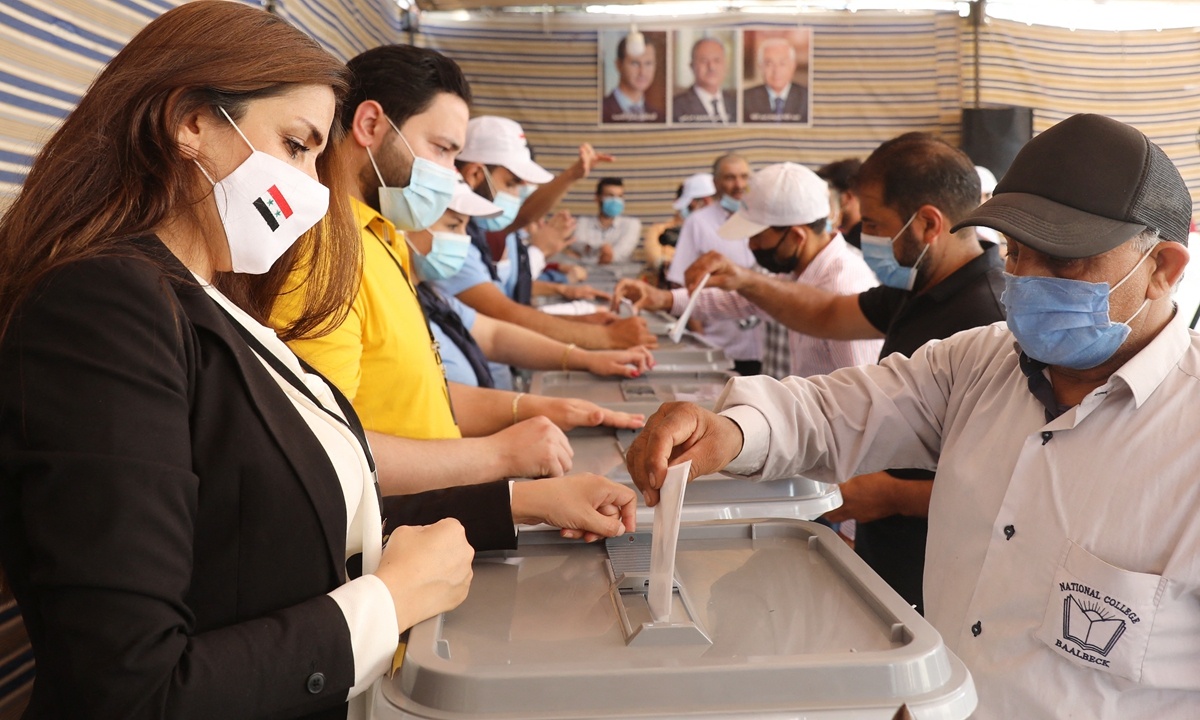 Syrians residing in Lebanon cast early votes for the upcoming presidential election at the Syrian Embassy on the outskirts of the Lebanese capital Beirut on Thursday. (Photo: AFP)

Polling stations opened Wednesday across Syria for an election where few doubt that Bashar al-Assad will extend his grip on power for a fourth term, in a war-battered country mired in economic crisis.

The vote is the second election since the start of a decade-long conflict, which has killed more than 388,000 people and displaced half of the pre-war population.

The official news agency SANA declared voting had started as planned at 7 am (0400 GMT) and state television showed long queues forming in several parts of the country.

Syrians can cast their ballots in more than 12,000 polling centers, and results are expected to be announced by Friday evening, 48 hours after voting closes.

The election takes place amid the lowest levels of violence since 2011 - but with an economy in free-fall.

More than 80 percent of the population live below the poverty line, and the Syrian pound has plunged in value against the dollar, with inflation skyrocketing.

Assad, a 55-year-old ophthalmologist by training, was first elected by referendum in 2000 after the death of his father Hafez.

He faces former state minister Abdallah Salloum Abdallah and Mahmoud Merhi, a member of the so-called "tolerated opposition," long described by exiled opposition leaders as an extension of the government.

Assad has refrained from holding campaign media events and interviews.

But he issued a general amnesty for thousands of prisoners earlier in May, on top of a series of decrees that aim to improve economic conditions.

In the last multi-candidate poll in 2014, Assad took 88 percent of the vote.

It was Syria's first election in nearly 50 years, with Assad and his father Hafez renewing their mandates in successive referendums.

It took place as the war raged, with the air force bombarding rebel areas in Aleppo and fierce fighting in Hama, Damascus, Idlib and Daraa.