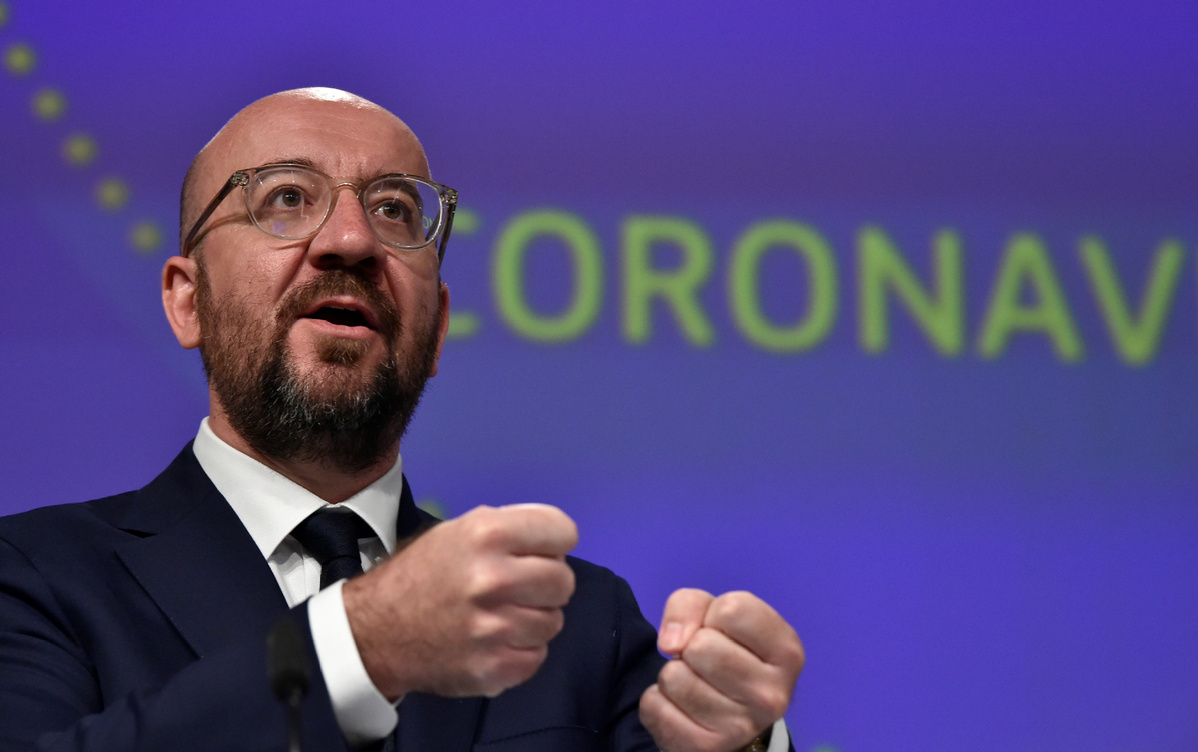 The President of the European Council Charles Michel holds a news conference on the European Union response to the coronavirus disease (COVID-19) crisis at the EU headquarters in Brussels, April 15, 2020. (Photo: Agencies)

The managing director of the European Union's Stability Mechanism has warned that the 27-member bloc could need as much as another 500 billion euros ($543 billion) in addition to an already-agreed package of half a trillion euros to regain economic stability in the aftermath of the novel coronavirus outbreak.

By unfortunate chance, the setting of the bloc's seven-year budget coincided with the outbreak of the pandemic, which has hit Italy and Spain particularly badly, and has highlighted divisions between northern and southern European states over the financial way forward.

"I would say that for the second phase we need at least another 500 billion euros from the European institutions, but it could be more," Klaus Regling told Italian newspaper Corriere della Sera.

"For that, we need to discuss new instruments with an open mind, but also use the existing institutions, because it is easier, including in particular the European Commission and the EU budget. Rethinking European funds can go a long way in keeping the European Union together."

Finance ministers from EU member states have already agreed to financial aid measures worth 540 billion euros, but the International Monetary Fund has predicted the eurozone economy could shrink 7.5 percent in a recession this year, so there is an urgent need for forward planning to counter this, and it is proving sharply divisive.

Paolo Gentiloni, the European commissioner for economic and financial affairs, told Germany's Der Spiegel that despite earlier failed efforts to agree a budget, that process could be the most effective way to give the eurozone economy the kick-start it will need.

European Commission President Ursula von der Leyen has already spoken of the need for an interventionist program similar to the United States-backed Marshall Plan that rebuilt Europe after World War II, and Gentiloni agreed that strong measures taken soon would be the best answer to the problem.

"We are living in extraordinary times and I hope that everyone understands that," he said. "We can't wait until the virus makes peace with us before we start rebuilding. Reconstruction has to start now, this spring, this summer."

EU leaders will have a video conference meeting on Thursday where they hope to agree a deal allowing the commission to borrow more, but the way the commission's Coronavirus Response Investment Initiative emergency relief project, proposed last month, has panned out shows just how much ground needs to be covered, and some of it could prove dangerous.