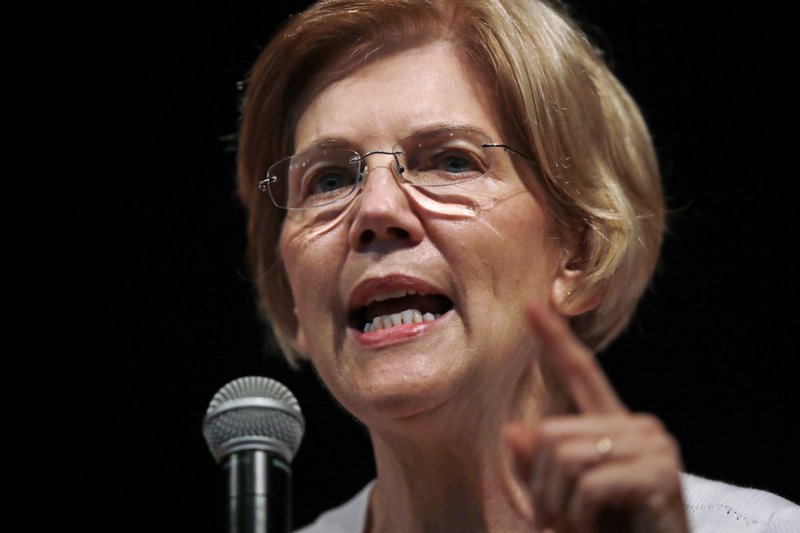 US Sen. Elizabeth Warren on Monday released the results of a DNA analysis that strongly supports she has some Native American ancestry, a rebuttal to President Donald Trump and other critics who have long derided her claim.

The Massachusetts Democrat and potential 2020 presidential contender challenged Trump to make good on his pledge to donate $1 million to charity if she provided proof of Native American heritage, a moment that was caught on video. Trump falsely denied ever making the offer.

The DNA analysis on Warren was done by Stanford University professor Carlos D. Bustamante. He concluded the great majority of Warren’s ancestry is European but added “the results strongly support the existence of an unadmixed Native American ancestor.”

In his report , Bustamante, a prominent expert in the field of DNA analysis, said he analyzed Warren’s sample without knowing the identity of the donor. He concluded that Warren’s pure Native American ancestor likely lived six to 10 generations ago, and that it was impossible to determine the individual’s tribal connection.

The Boston Globe, which first reported the results of the DNA analysis, noted that if Warren’s ancestor was 10 generations removed, she would be only 1/1024th Native American. Such a finding could potentially further excite her critics instead of placating them.

Warren on Monday also released a video produced by her Senate re-election campaign. In it, she says: “The president likes to call my mom a liar. What do the facts say?”

Bustamante replies: “The facts suggest that you absolutely have Native American ancestry in your pedigree.”

Warren released personnel files earlier this year seeking to dispute critics who have charged that the former Harvard Law School professor advanced her law career with a narrative she is a descendant of Cherokee and Delaware tribes. Trump has repeatedly mocked her by calling her “Pocahontas.”

Warren has denied using her Native American heritage to gain any advantage.

In an email Monday to supporters, Warren said she “never expected the President of the United States to use my family’s story as a racist political joke against Native American history, culture, and people — over, and over, and over.”

In a tweet directed at Trump, Warren said: “Remember saying on (July 5) that you’d give $1M to a charity of my choice if my DNA showed Native American ancestry?” She went on to request that the president send a check to National Indigenous Women’s Resource Center.

At a summer rally in Montana, the president declared that he would give a million dollars to charity, “paid for by Trump,” if Warren takes the test “and it shows you’re an Indian.”

But when asked by reporters Monday, Trump said, “I didn’t say that.”

In an interview with The Associated Press in 2012, Warren said it was “family lore” that had convinced her of Native American ancestry. She said her mother and father were forced to elope because of her mother’s heritage.

The Boston Globe first reported on results of the DNA analysis.