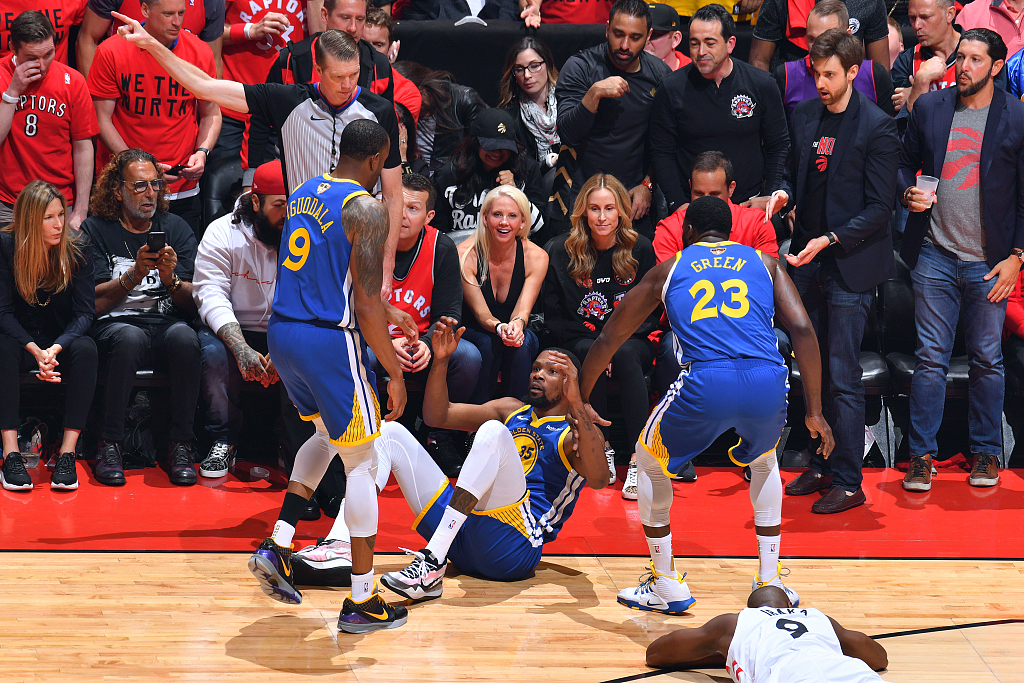 Andre Iguodala #9 and Draymond Green #23 help up Kevin Durant #35 of the Golden State Warriors during a game against the Toronto Raptors during Game Five of the NBA Finals on June 10, 2019 at Scotiabank Arena in Toronto, Ontario, Canada. (Photo: VCG)

"I wanted to update you all: I did rupture my Achilles. Surgery was today and it was a success, EASY MONEY." The 30-year-old posted a photo on Instagram showing himself in a hospital bed and wrote.

The two-time reigning NBA Finals MVP was injured and limped off the court Monday night in the second quarter of Golden State's 106-105 victory over the Toronto Raptors that forced a Game 6 at Oracle Arena on Thursday. The Raptors now lead the best-of-seven series 3-2.

Durant initially was injured on May 8 in Game 5 of the Western Conference semifinals against the Rockets, then missed the next nine games.

After the game on Monday, a teary, emotional general manager Bob Myers asked anyone who was looking to place blame to do so on him - not Durant, the medical staff or athletic trainers who worked so tirelessly to get him back.

It's unclear what might be next for Durant now that he is set for a long rehab and recovery.