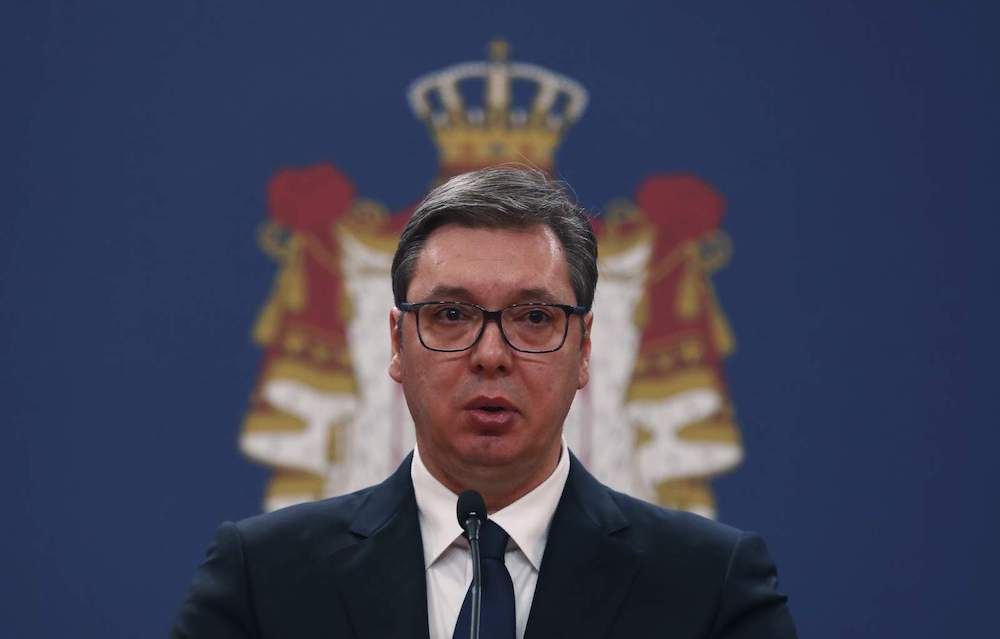 Vucic made the remarks in a TV interview with Serbia's national broadcaster RTS while commenting on the agreement signed on Sept. 4 in presence of the U.S. President Donald Trump by representatives of Serbia and its southern province of Kosovo and Metohija, which unilaterally seceded in 2008.

He said that the one-year moratorium on Kosovo's membership in international organizations will enable cooperation, instead of political struggles, in the upcoming periods.

Reflecting on the European Union (EU)-mediated dialogue between Belgrade and Pristina in Brussels recently, Vucic said that a compromise is needed between the two sides instead of the fulfillment of the EU's or any other's interests.

He said that Serbia will never recognize Kosovo, and will strive to establish the Association/Community of Serb majority municipalities in Kosovo, which was guaranteed by the 2013 Brussels agreement.