WORLD Washington, District of Cats: US capital first city to count its felines

Washington, District of Cats: US capital first city to count its felines

A striped feline leaps from a rock under the shade of a tree on a late October morning.

As its front paws touch the ground, the whiskered creature looks up, eyes darting left. A wildlife camera clicks and captures the scene.

It's a cat — and the location isn't a remote rainforest, but the capital of the United States. 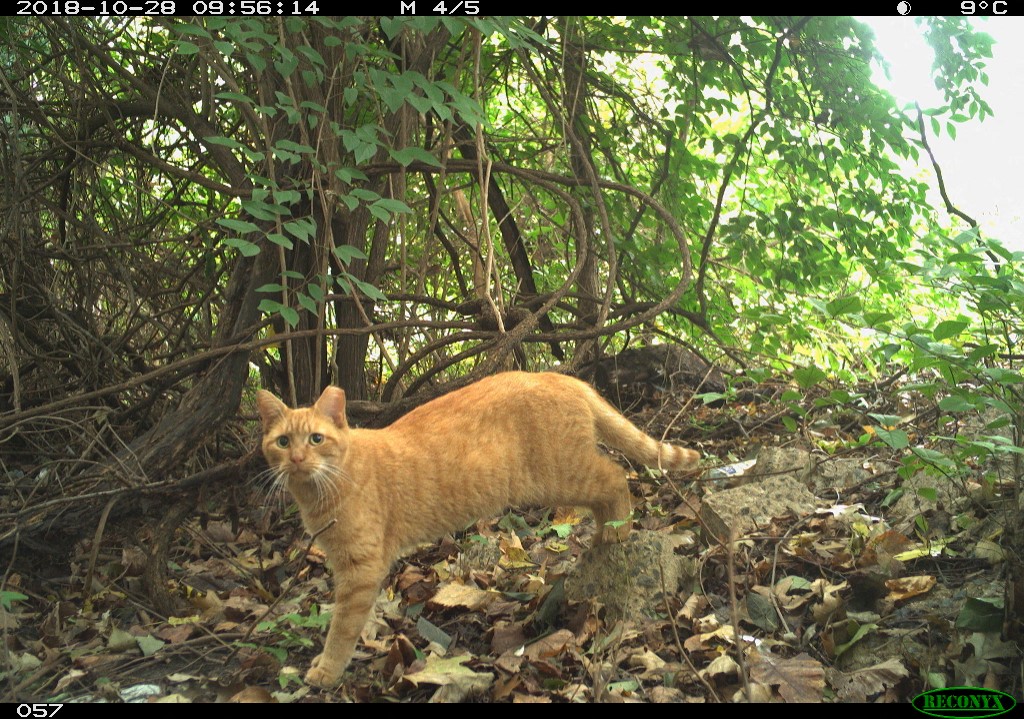 This still image from video released by the DC Cat Count/Humane Rescue Alliance shows a cat photographed by a wildlife camera in Washington, DC, on October 28, 2018. (Photo: AFP)

The photo is part of the DC Cat Count, a first of its kind, three-year effort by animal welfare advocates, conservationists and scientists to enumerate every Felis catus in Washington.

The team behind the study says it provides an accurate estimate of the size of the city's indoor, outdoor and shelter population.

It found there are about 200,000 cats in the District of Columbia, with about half of them living indoors only, said Tyler Flockhart, a conservation biologist and science lead on the DC Cat Count.

The other half is a group that includes owned cats with limited or unlimited access outdoors, stray cats, and roughly 3,000 to 4,000 feral cats who avoid interactions with humans, Flockhart said.

"I don't think that you can find another wild mammal — another wild carnivore — that occurs at that density anywhere in the world," he said, of cats and urban environments.

"I think that this is really sort of an interesting idea that we can have so many cats in such a small location." 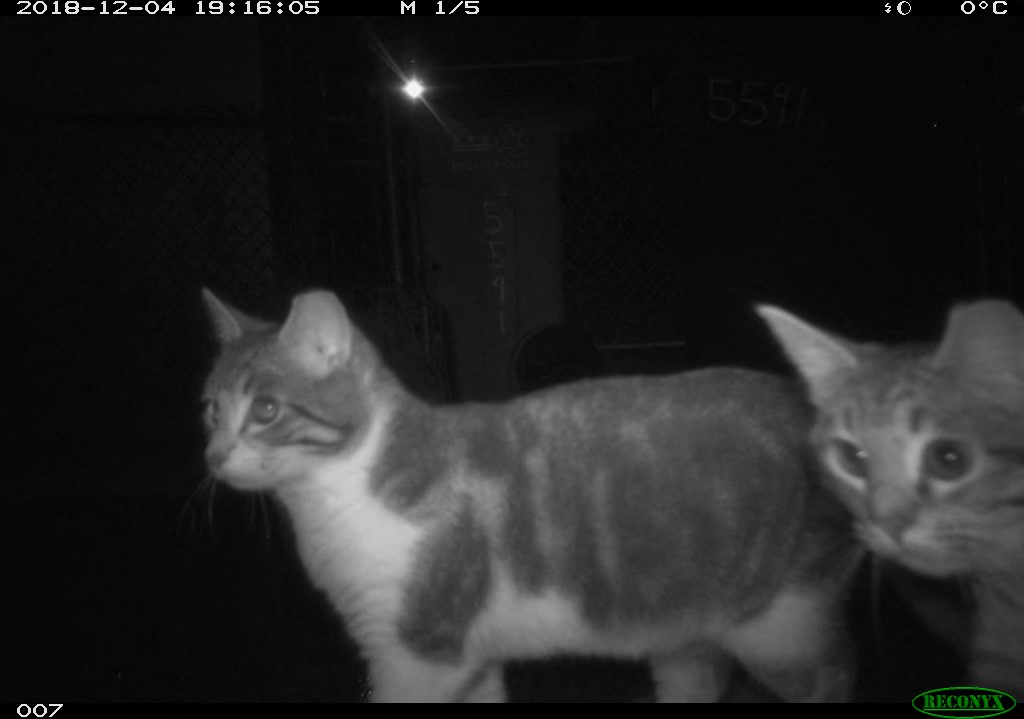 - Consensus for a cat census -

The study brought together groups that are often at odds over the impact that outdoor cats have on wildlife and landscape.

While conservationists worry that outdoor cats can decimate bird populations, animal advocates seek to ensure the welfare and safety of cats seeking to survive outside.

"What was really groundbreaking with the DC Cat Count was these organizations coming together," said Stephanie Shain, the chief operating officer of the Humane Rescue Alliance (HRA), which took part in the study. 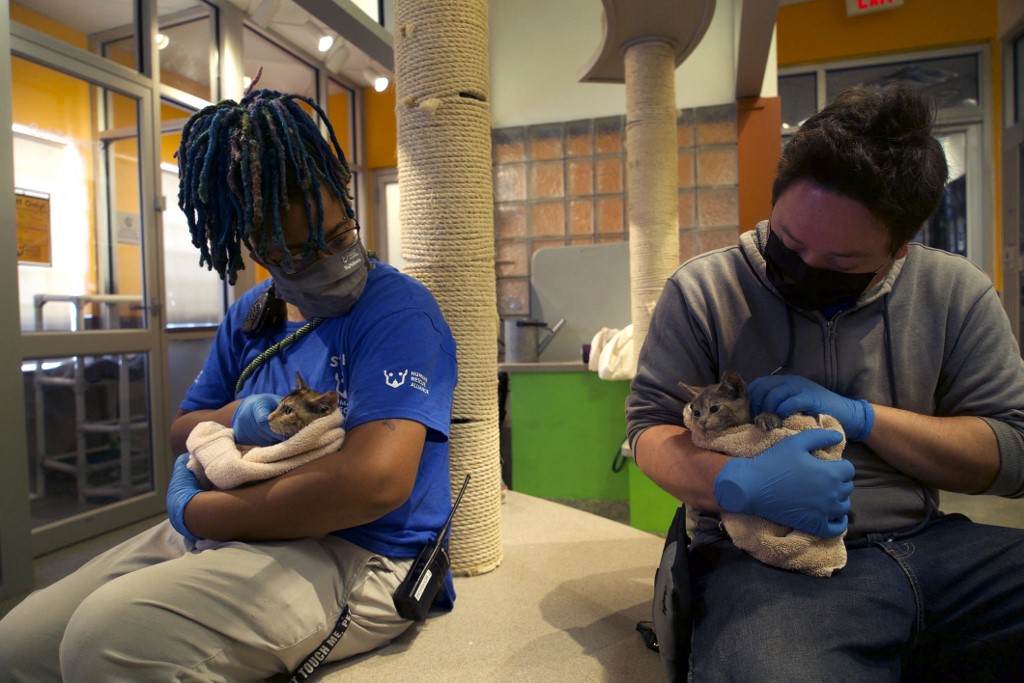 They were driven by a common purpose "to really focus not on who is right or who has been right, but really focus on getting it right — finding out the information, analyzing the data," she added.

Shain said HRA recommends that cat owners keep their feline friends indoors only in order to keep them safe and avoid damaging wildlife.

"I was pleased to see how many people actually follow that advice," she said.

To count all the cats who call the seat of American power home, researchers surveyed more than 2,600 residents, analyzed animal shelter records, walked along specific routes in search of cats and set up wildlife cameras in more than 1,500 spots.

"This is probably the most thorough analysis of cats of any city in the world," Flockhart said.

He and other researchers continue to analyze the data collected since 2018 and the research has already led to several peer-reviewed scientific papers. 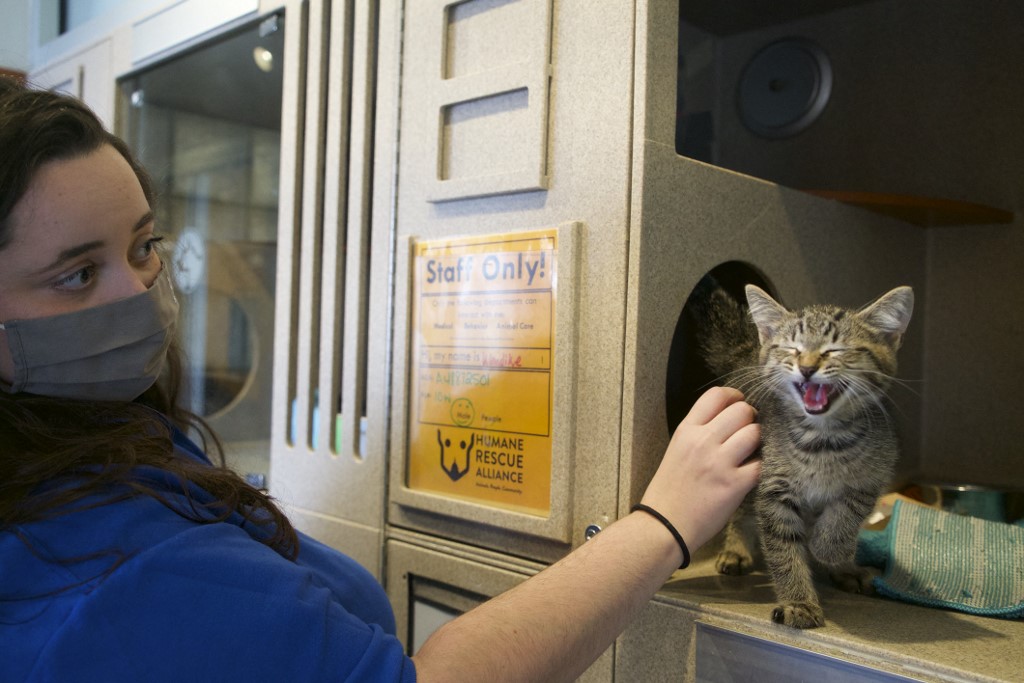 The DC Cat Count team also made an extensive toolkit available online with protocols and guidelines for organizations wishing to carry out their own cat census.

Besides cats, the camera traps also snapped pictures of numerous animals including squirrels, raccoons, foxes, deer — and even a bobcat.

"There's a huge diversity of wildlife in our cities," Flockhart said.

"We tend to think of it as humans-only, and it could be anything but the case. There are all types of wildlife, from rodents all the way up to large predators."