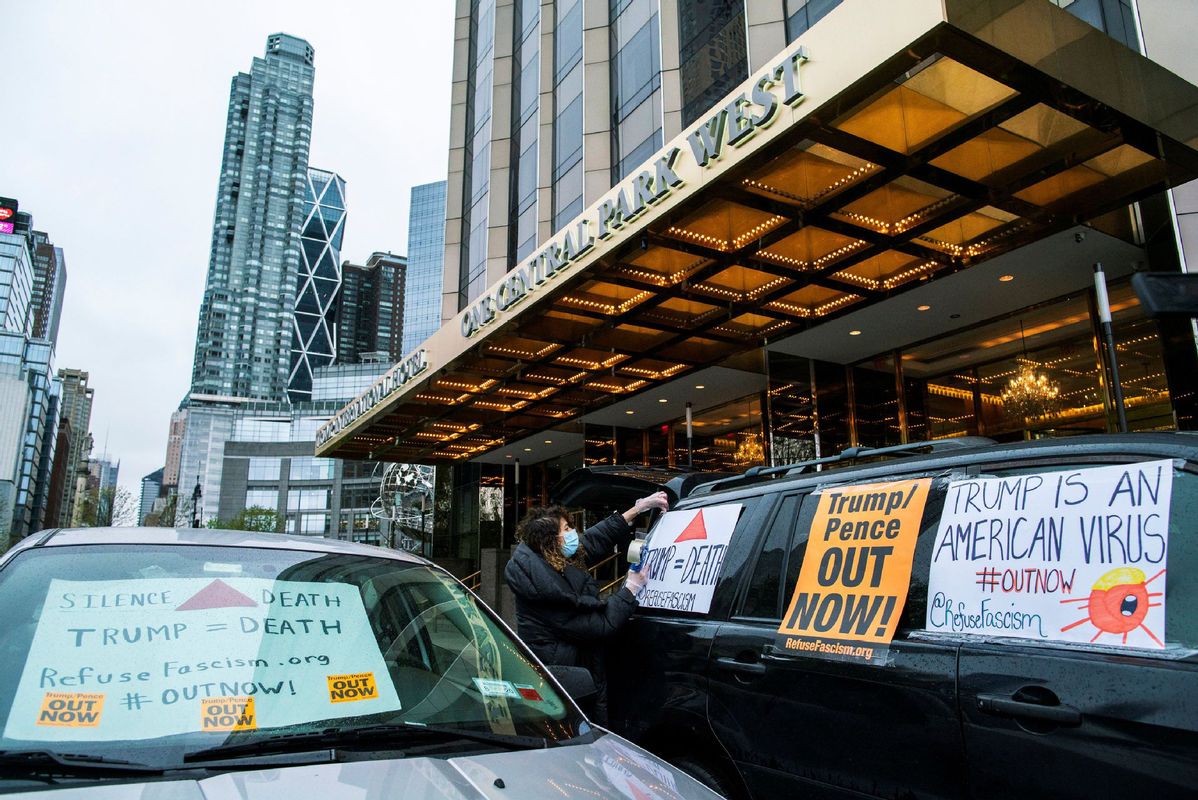 People take part in a protest against US President Donald Trump and his policies outside Trump International Hotel in New York, US, on April 18, 2020. (Photo: Agencies)

Governor Jay Inslee of Washington said Friday that President Donald Trump's calls for "liberating" parts of the country are "dangerous."

"He is putting millions of people in danger of contracting COVID-19. His unhinged rantings and calls for people to 'liberate' states could also lead to violence. We've seen it before," Inslee said in a statement.

"His words are likely to cause COVID-19 infections to spike in places where social distancing is working," the statement said.

"I hope political leaders of all sorts will speak out firmly against the president's calls for rebellion. Americans need to work together to protect each other. It's the only way to slow the spread of this deadly virus and get us on the road to recovery," Inslee concluded.

In a series of tweets Friday morning, Trump urged "liberating" Virginia, Minnesota and Michigan, three political swing states that now have Democratic governors, throwing his support behind protesters opposing restrictive measures imposed there to slow the spread of COVID-19.