WORLD Washington pressures Palestinians to accept 'Deal of the Century'

Washington pressures Palestinians to accept 'Deal of the Century' 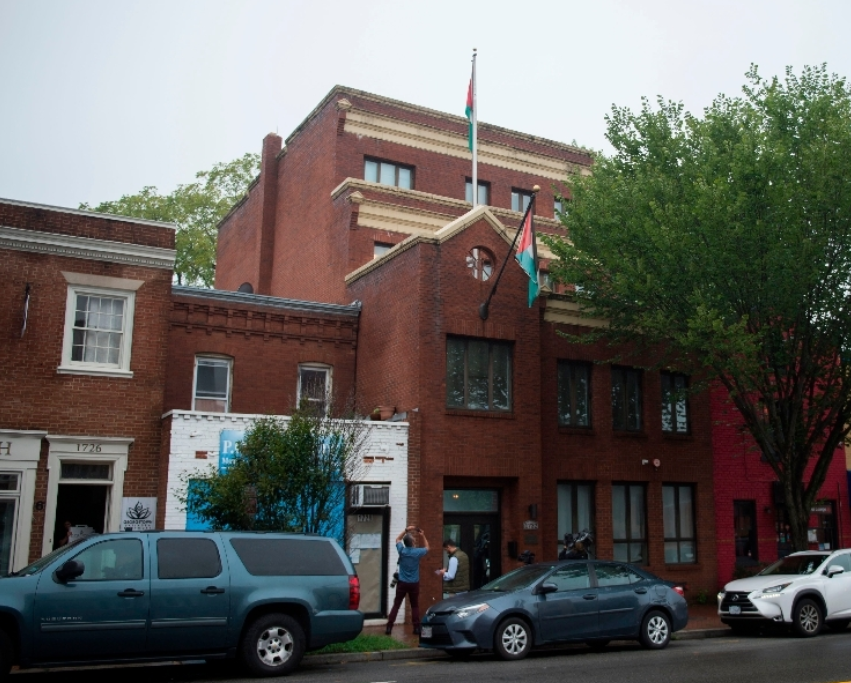 Media is seen in front of the Palestinian Liberation Organization (PLO) Delegation office in Washington D.C., on September 10, 2018. (Photo: AFP )

RAMALLAH, Sept. 11 (Xinhua) -- The United States has taken a series of measures against Palestinians in order to increase pressure on them to accept a new peace plan to resolve the Palestinian-Israeli conflict, which is rejected by Palestinians.

The Palestinians say the US plan, known as "Deal of the Century," is meant to eliminate rights of Palestinians, mainly refugees' right of return.

The U.S. administration announced Monday that the Palestine Liberation Organization (PLO) office in Washington will be shut down, citing its failure to advance the start of direct and meaningful negotiations with Israel.

The decision was linked with U.S. concerns with Palestinian attempts to prompt an investigation into Israel by the International Criminal Court (ICC), the U.S. State Department said.

The Palestinians have requested the ICC to investigate Israel on various issues including disputed settlement buildings in the occupied West Bank, the civilian casualties in the 2014 Gaza war and others.

Despite having opened a preliminary probe in 2015, the court has yet to move to the next stage.

The Palestinians have boycotted Washington since it recognized Jerusalem as Israel's capital and moved its embassy to Jerusalem.

Washington said last month it halted all funding to the United Nations Palestinian refugee agency UNRWA and Trump last week ordered that 25 million U.S. dollars earmarked for the care of Palestinians in East Jerusalem hospitals be directed elsewhere as part of a review of aid.

"The US administration is waging a war of blackmailing against the Palestinians in an effort to impose the 'Deal of the Century,' using all means of pressure," Hani Habib, a Gaza-based political analyst told Xinhua.

Habib pointed out that Washington "is using cheap money to blackmail the Palestinians politically and financially."

"Washington wants the Palestinian leadership to abide by the U.S.-Israeli vision to accept the U.S. plan for peace... I believe this will not work," he said.

Hani al-Masri, Director of the Masarat Center for Research and Studies in Ramallah, said the Palestinians consider Washington's actions to be forceful.

"Trump's administration has made Israeli security the supreme reference to any principles for a future solution...it has thrown away the Jerusalem, refugees and settlements files," he added.

According to Masri, this shows that "Deal of the Century" "did not die" despite the Palestinian rejection, stressing it is being applied on the ground in an accelerated manner.

"Trump is going on with his plan, hoping that the Palestinians will accept it later," Masri said.

While Kushner refused to reveal details of the plan, Israeli reports said the U.S. initiative suggests that Abu Dis village in East Jerusalem will be the capital of the future "unarmed" Palestinian state.

The reports also said the US government will ask Israel to withdraw from three quarters of Arab neighborhoods in East Jerusalem, adding that Israel will maintain control of major settlements in West Jerusalem as well as the Jordan Valley.