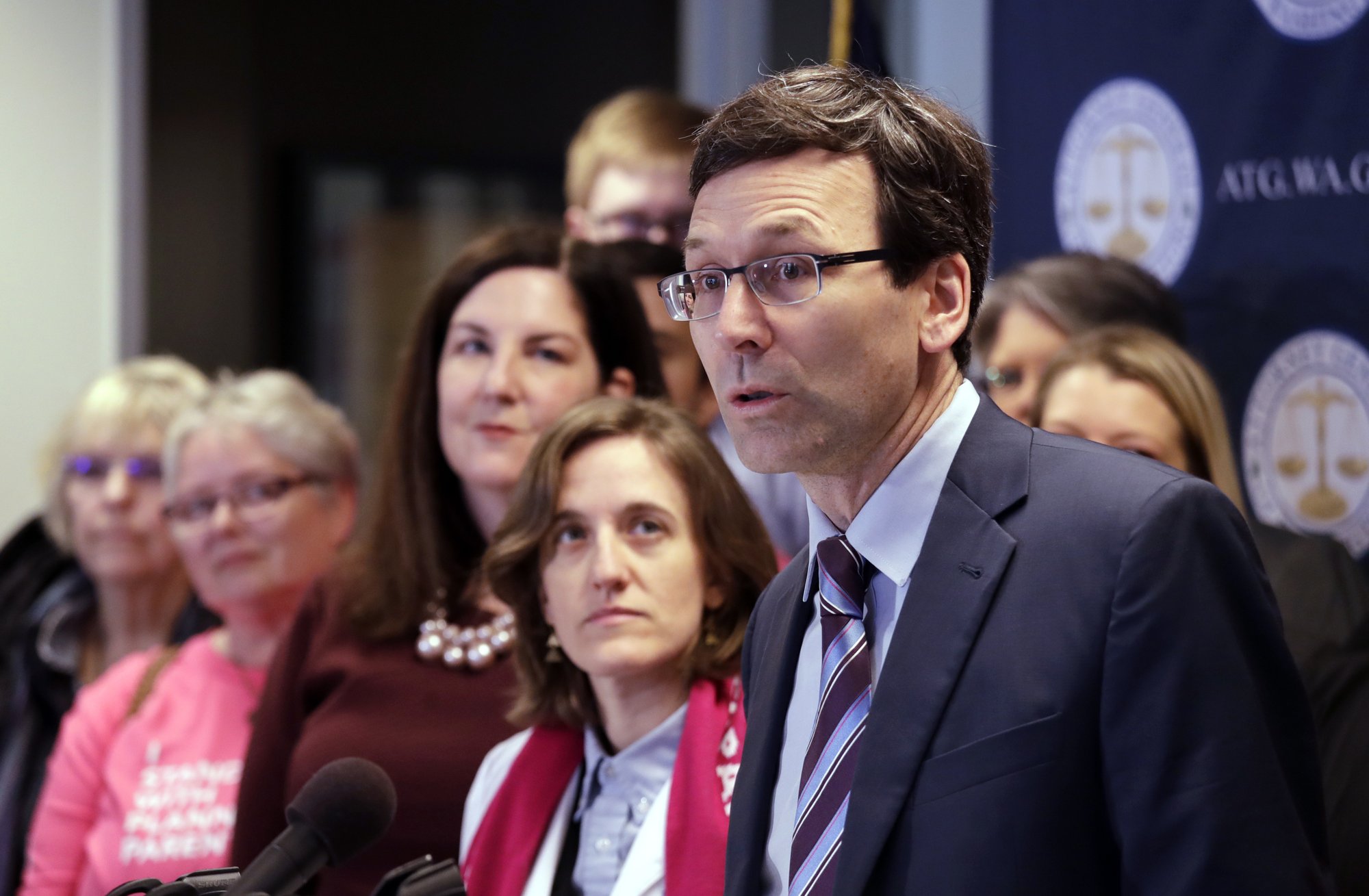 The new policy, also known as the "gag rule," prohibits federally funded family planning clinics from making abortion referrals and requires such clinics to be separated from the locations of abortion providers.

The "gag rule" permits family planning clinics to withhold information from patients about their health care options, and causes 90 percent of family planning professionals to have difficulty in providing such services to Washington patients.

"Patients should be able to make well-informed decisions based on complete, unbiased information about their health care options," said the Washington AG. "Those decisions must stay between patients and their medical providers -- not the federal government."

Ferguson said 91,284 patients in Washington received care through Title X program in 2017 and more than half of them were at or below the federal poverty line.

The Washington AG has been outspoken against many policies by the Trump administration, and this will be Ferguson's 34th lawsuit against the federal government.

"We stand united with Attorney General Ferguson and our state and legislative leaders against this blatant assault on women's health,"he said.

According to Ferguson's office, Title X provides funds for 85 clinic sites across Washington operated by 16 organizations, and the state received approximately 4 million U.S. dollars in Title X funds from the federal government, which accounted for one-third of Washington's financial resources for family planning services.