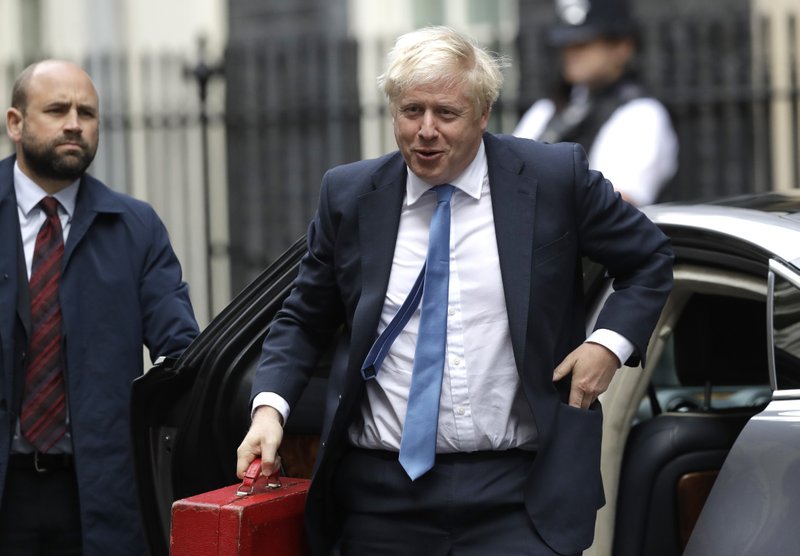 Authorities in London have asked an independent police watchdog to determine if a criminal investigation should be opened of British Prime Minister Boris Johnson’s links to an American businesswoman who allegedly received favorable treatment when he was mayor because of their friendship.

The Greater London Authority said it referred what it called a “conduct matter” involving Johnson to the Independent Office for Police Conduct. The authority said Friday it had a “statutory duty” to record the matter because Johnson served as police commissioner during his 2008-2016 tenure as London’s mayor.

The independent office, which oversees police complaints in England, was asked to consider if there were grounds to investigate him for misconduct in public office. Johnson has vociferously denied wrongdoing.

The case arose from a Sunday Times report saying Jennifer Arcuri was given money and privileged access while on trade missions that Johnson led as mayor. Arcuri describes herself on her Twitter feed as an entrepreneur and producer.

She moved to London seven years ago, but British media have reported she relocated to California. An email The Associated Press sent to her firm Saturday did not immediately receive a reply.

The Greater London Authority said in a statement Friday that its referral was based on allegations that because of his friendship with the American, Johnson “allowed Ms. Arcuri to participate in trade missions and receive sponsorship monies in circumstances when she and her companies could not have expected otherwise to receive those benefits.”

Johnson’s supporters denounced the move, made on the eve of a Conservative Party conference, as politically motivated. Johnson leads the Conservatives, while the Greater London Authority is led by the city’s current mayor, Sadiq Khan, an official with the opposition Labour Party.

UK Environment Secretary Theresa Villiers said the complaint was nothing more than a distraction.

“I think this whole thing has been blown out of all proportion,” she told the BBC. “The prime minister is very clear that proprieties were observed.”

The Labour Party disputed the authority acted out of political opportunism.

“When you hold public office, and you’re also the police commissioner for London, you’ve got to be very careful about how you spread that public money out,” party leader Jeremy Corbyn said.