The two most senior officials in the U.S. Department of Homeland Security were improperly appointed to the posts under federal law by the Trump administration, a nonpartisan congressional watchdog said Friday. 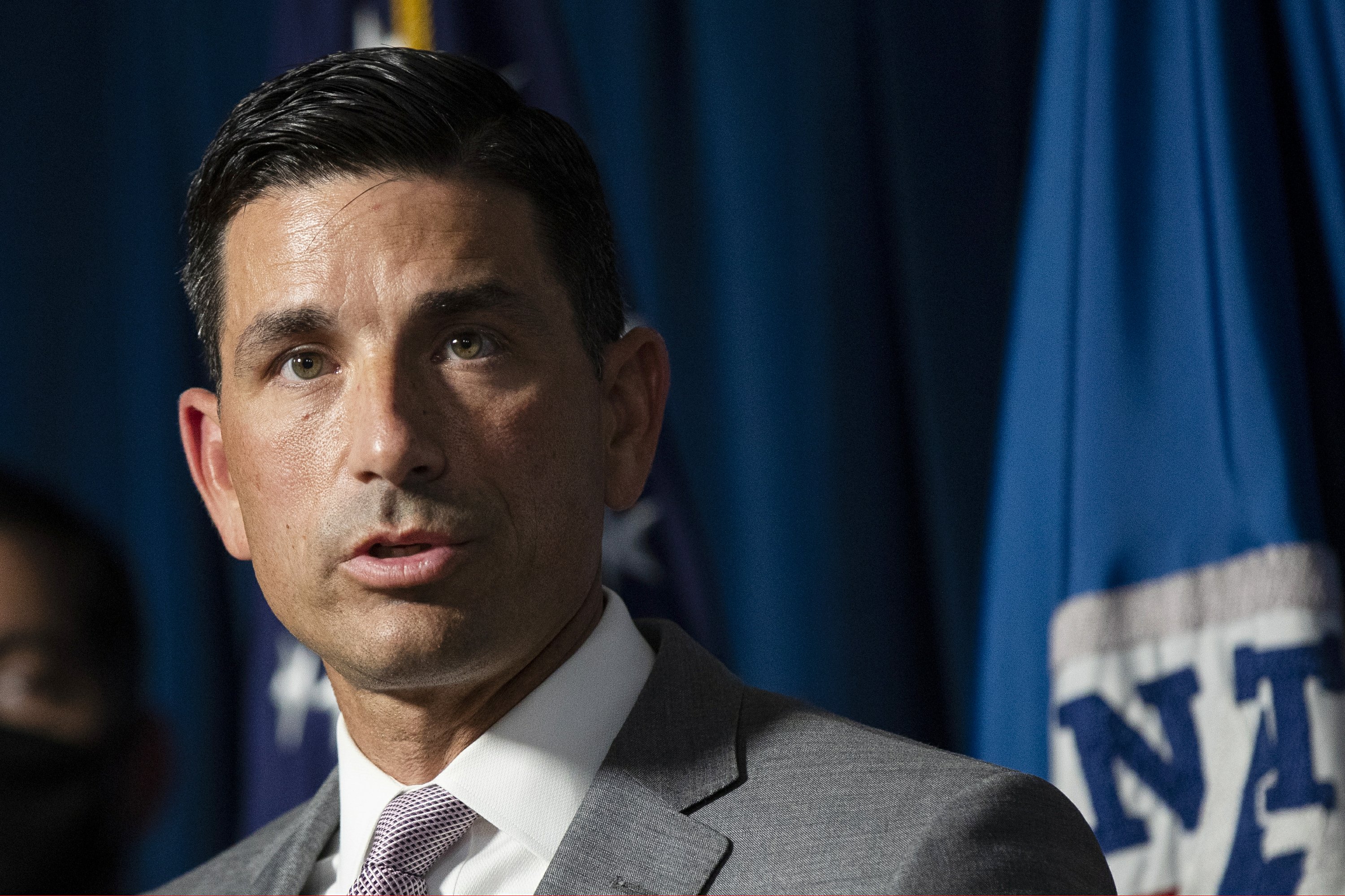 It was not immediately clear what effects the determination would have on DHS, an agency that has acting officials, serving without Senate confirmation, in a number of prominent roles and is at the forefront of key administration initiatives on immigration and law enforcement.

The report does not carry the force of law, though it could be a factor in lawsuits challenging administration policies or influence members of Congress.

"We wholeheartedly disagree with the GAO's baseless report and plan to issue a formal response to this shortly," the agency said in a written response to questions.

White House spokesman Judd Deere said DHS is authorized by the Homeland Security Act to designate acting secretaries. "GAO is not," he said. "And GAO's opinion substituting its views for that of the Agency's is not only wrong, but laughable."

The Government Accountability Office said it has asked the DHS inspector general, a Trump appointee, to review the situation and determine if the violation affects decisions they have taken.

"GAO's damning opinion paints a disturbing picture of the Trump Administration playing fast and loose by bypassing the Senate confirmation process to install ideologues," the two Democrats said in a joint statement.

DHS, which was already under intense criticism for carrying out administration policies aimed at curbing legal and illegal immigration, found itself embroiled in more controversy this summer as it dispatched federal agents in tactical gear to Portland to confront protesters outside federal buildings without the cooperation of local authorities.

Maloney, D-N.Y., and Thompson, D-Miss., condemned what they see as the department's priorities under Wolf and Cuccinelli.

"At a time when DHS should be marshaling the resources of the federal government to respond to the pandemic that has killed over 165,000 Americans, the Department's illegally appointed leaders are instead focused on continuing the Administration's attack on immigrants and intimidating peaceful protesters in a show of force for the President's reelection campaign," they said.

Sen. Chuck Schumer, D-N.Y., said the two officials should step down and DHS should conduct a legal review of all decisions made under their leadership. "President Trump's efforts to install political sycophants to implement his extreme policies in an end run around the law and Senate have finally caught up with him," Schumer said.

The GAO analysis traces the violation back to a tumultuous period at DHS in 2019 when then-Secretary Kirstjen Nielsen resigned. It found that she was improperly replaced by Kevin McAleenan under the rules governing succession in federal agencies.

McAleenan altered the rules of succession after he was subsequently removed, but GAO's legal analysis concluded that the later appointments of Wolf and Cuccinelli were invalid.

Opponents of administration policies have already sought to use their uncertain status in legal challenges. In March, a federal judge in Washington said Cuccinelli's appointment violated the 1998 Vacancy Reform Act and set aside a directive he issued that granted people seeking asylum less time to consult with an attorney before a screening interview.

DHS is the third-largest Cabinet agency, with about 240,000 employees.