Weapons radar row flares up between S. Korea and Japan

A row between Seoul and Tokyo escalated Friday after Japan released video it said backed up its claim that a South Korean warship had locked its weapons targeting system onto a Japanese plane. 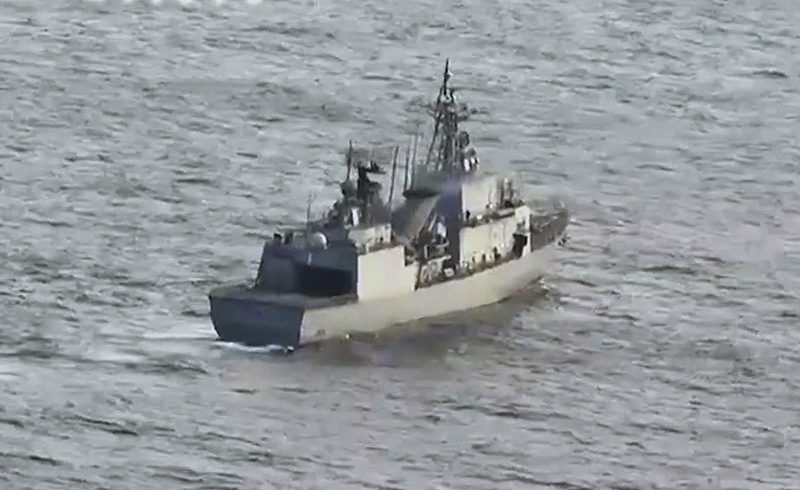 In this image made from video released Friday, Dec. 28, 2018, by the Japan Maritime Self-Defence Force, a South Korean naval warship is seen as it allegedly locks its fire-control radar on a Japanese warplane Friday, Dec. 21, 2018. (Photo: AP)

South Korea condemned the release of the footage and reiterated its rejection of the Japanese allegations.

Tensions have flared since Japan alleged that a South Korean destroyer last week aimed its fire-control radar at a Japanese maritime patrol plane in the Sea of Japan off the eastern coast of South Korea.

Seoul has denied the allegations, saying the ship was merely searching for a North Korean fishing boat that was drifting near the inter-Korean sea border.

In a bid to defuse tensions, defence authorities from both sides held a video conference on Thursday and "exchanged opinions regarding the truth and technical analysis to remove misunderstandings," the South Korean defence ministry said.

But the Japanese defence ministry on Friday released on its homepage a 13-minute video filmed by the aircraft which it said supported its allegations.

Tokyo said the footage contained scenes where the plane was hit multiple times by the fire-control radar.

"We express deep concern and regret" over the unilateral release of the footage, the South Korean defence ministry said in a statement Friday.

"As we have stated repeatedly, the Gwanggaeto destroyer was engaging in a normal rescue operation and it remains as a fact that the ship did not use" the fire-control radar, it said.

"Instead, it is very disappointing that the Japanese patrol aircraft conducted a low-altitude flight in a threatening manner against our ship which was involved in a humanitarian rescue mission," it said.

It dismissed the footage as failing to stand up as evidence as it only shows scenes of the ship from the circling plane.