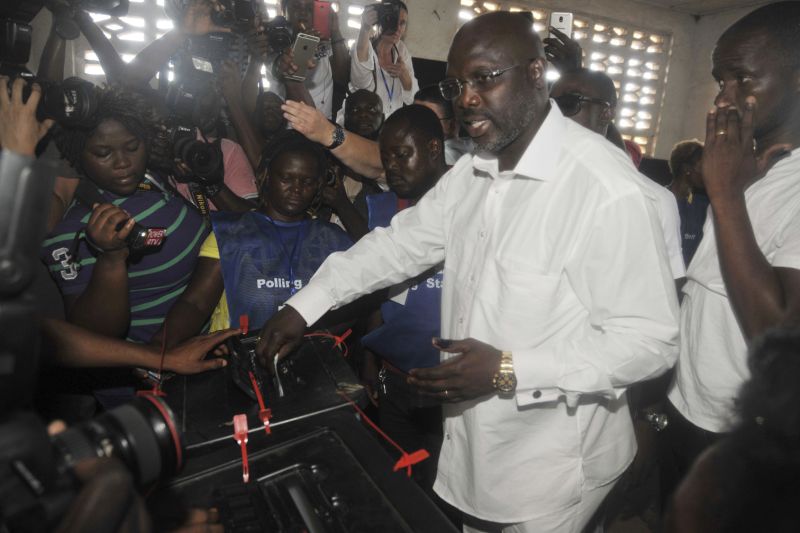 But Wenger, who signed Weah when he was Monaco coach in 1988, expects to be too busy to make the trip from London for the Jan. 22 ceremony.

Weah, a former FIFA World Player of the Year, was elected president last week in Liberia's first democratic transfer of power in more than 70 years.

Wenger says "it's down to the fact that one thing that was common in George's attitude is being strong mentally, absolutely unbelievably convinced that he has a mission."

Wenger recalled Weah "crying when war was on in Liberia," and added "this guy is an example for everybody who plays football."