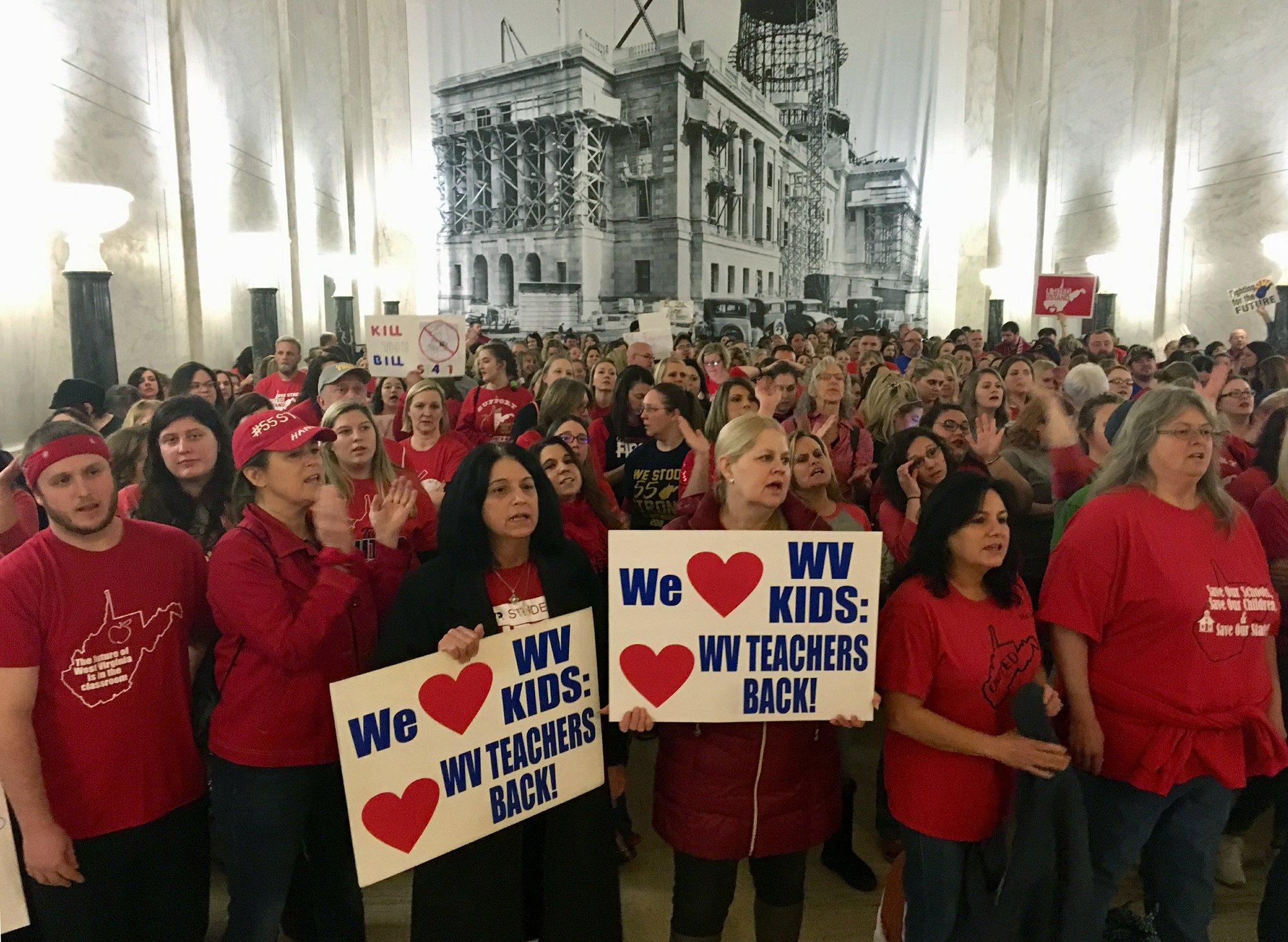 This time the teachers’ strike was only hours old when lawmakers acted.

Just as the strike began Tuesday, the West Virginia House of Delegates effectively killed a complex education bill that sent state teachers to the picket lines nearly a year after a nine-day strike closed schools.

The Republican-led House voted 53-45 to table the bill indefinitely. That means the bill won’t go to the next step: a committee of Senate and House members who would try to come up with a compromise.

Cheers erupted from the House galleries where hundreds of teachers were in attendance.

It was immediately clear whether the vote would end the strike, but teachers started leaving the Capitol afterward.

Three unions representing teachers and school service workers said they would meet with union members before deciding on further action, which could include ending the strike. The unions scheduled a late afternoon news conference.

Senate President Mitch Carmichael said he was disappointed in the House’s action.

“Today the champions of the status quo won,” Carmichael said. “But that will not stop progress. They’re on the wrong side of history. Other states are moving forward. It’s a marker in the process of education reform. It’s not the end. The students, parents and teachers lost.”

Before the House vote, teachers and school support workers lined streets outside schools with picket signs and packed the state Capitol during the walkout over the bill, which they view as lacking their input and as retaliation for last year’s strike.

Nearly all of West Virginia’s 55 counties canceled public school classes Tuesday. The only county where classrooms were open was Putnam, where school parking lots were nearly empty, anyway. A few cars trickled in to drop off students, but no buses were seen.

Teachers unions oppose complex legislation under consideration that, among other things, would create the state’s first charter schools and allow education savings accounts for parents to pay for private school.

“Our students are first and are not for sale,” Poca High School English teacher Meghan Stevens said. “We believe in the power of public education.”

The unions have said lawmakers never asked for their insight into what has become a rushed process in the GOP-led Senate, which narrowly passed an amended bill Monday night.

West Virginia Education Association President Dale Lee said that, based on the Senate’s actions, “it appears that they are more interested in listening to the outside interests than they are the educators across West Virginia.”

One sticking point has been a provision to create the state’s first charter schools, which the unions believe would erode traditional public education but bill advocates say would give parents more school choices. Charter school laws have been enacted in 43 other states and Washington, D.C.

The Senate version would have allowed for up to seven charter schools statewide and provide for up to 1,000 education savings accounts for parents to pay for private school. The accounts would be for special-needs students and those who have been bullied.

The House version did not call for such savings accounts and would have limited charter schools to one each in Cabell and Kanawha counties.

Gov. Jim Justice said Tuesday that he would veto the bill if it included the savings accounts and more than two charter schools. He was critical of how the Senate handled the legislation.