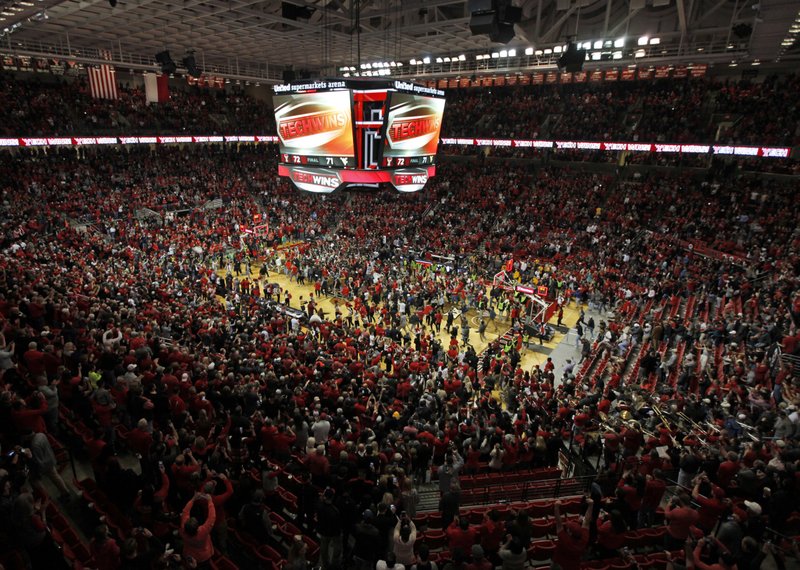 West Virginia’s athletic department said Sunday it is reviewing an incident in which a player is seen striking a Texas Tech fan who had joined thousands of others in a postgame celebration.

Video posted on social media by fans at the game in Lubbock, Texas, show forward Wes Harris and other West Virginia players trying to reach the sideline as fans swarmed the court Saturday in celebration of No. 8 Texas Tech’s 72-71 win over No. 2 West Virginia.

The videos appear to show Harris striking a fan who had run into him before Harris is pulled away. Other players were involved in a separate skirmish trying to protect a teammate in the swarm.

“We have been in contact with the Big 12 Conference and Texas Tech and are gathering information regarding yesterday’s court storming in Lubbock,” West Virginia’s athletic department said in a statement.

The incident highlights the potential dangers of fans storming the court. In 2015, the Big 12 passed a measure giving commissioner Bob Bowlsby broad authority to fine schools that fail to keep fans off the court following games.

In 2014, Oklahoma State guard Marcus Smart was suspended three games for going into the stands and shoving a Texas Tech fan in Lubbock.

The Southeastern Conference fined both Auburn and Vanderbilt $100,000 after wins over Kentucky in 2016. That season, a Des Moines Register sports writer broke his leg after being knocked over when fans rushed the court in Ames, Iowa, following Iowa State’s win over rival Iowa.

It’s also long been an issue in college football.

In 2002, a Miami, Ohio, assistant coach was led off the field in handcuffs for allegedly shoving a Marshall fan who ran onto the field after a game in Huntington, West Virginia. The fan fell, hit his head on the artificial turf and was hospitalized with a concussion. The assistant coach, Jon Wauford, later resigned and a misdemeanor battery charge was dropped.