Moscow (People's Daily) - Russian President Vladimir Putin says he believes other countries wrongly regard Russia as a threat and that mistaken concept will end if they see that the economic sanctions the West has put on Russia don't serve their interests. 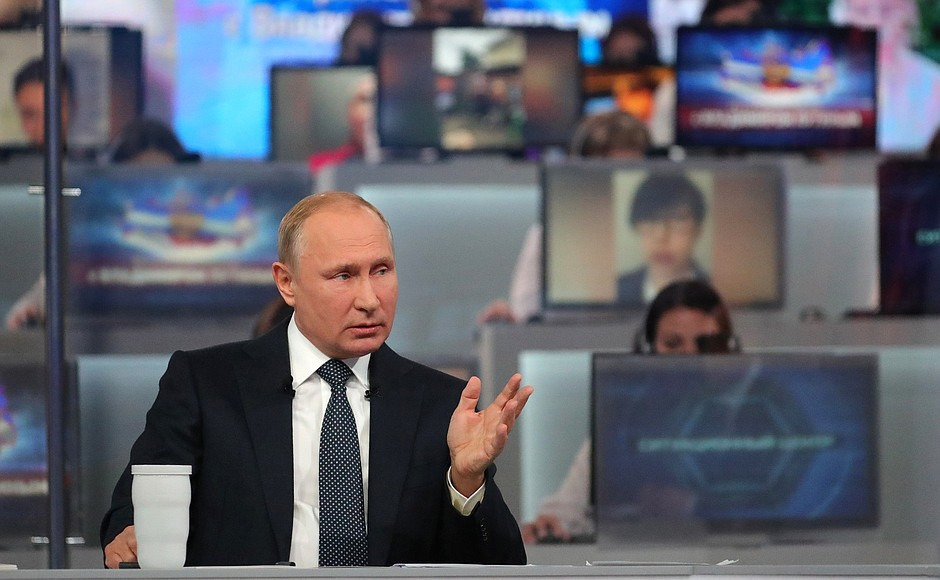 Putin made the remarks at his annual televised question-and-answer session, an event where he answers questions submitted by the general public.

Thursday's event, called "Direct Line with the President," is Putin's 16th and the first in his fourth presidential term.

"They see Russia as a threat. They see that Russia has become a competitor to them ... we propose that this is a very mistaken policy," said Putin. 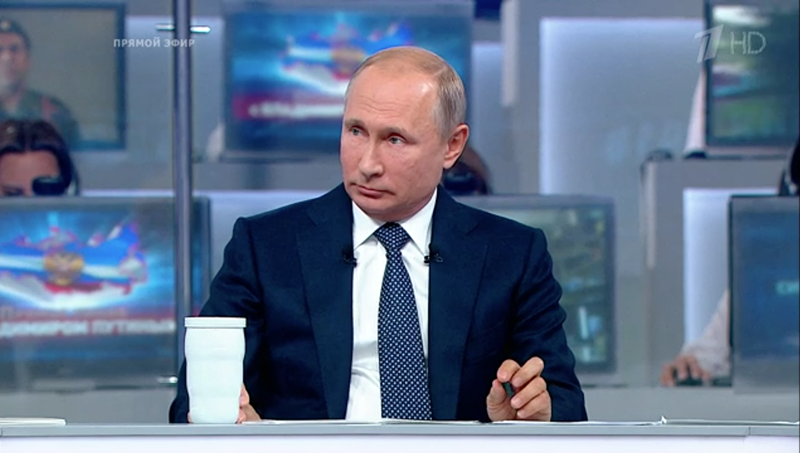 Over 2 million questions had been submitted, according to Interfax, a record high.

The annual event has been scheduled ahead of the 2018 FIFA World Cup, which kicks off on June 14. 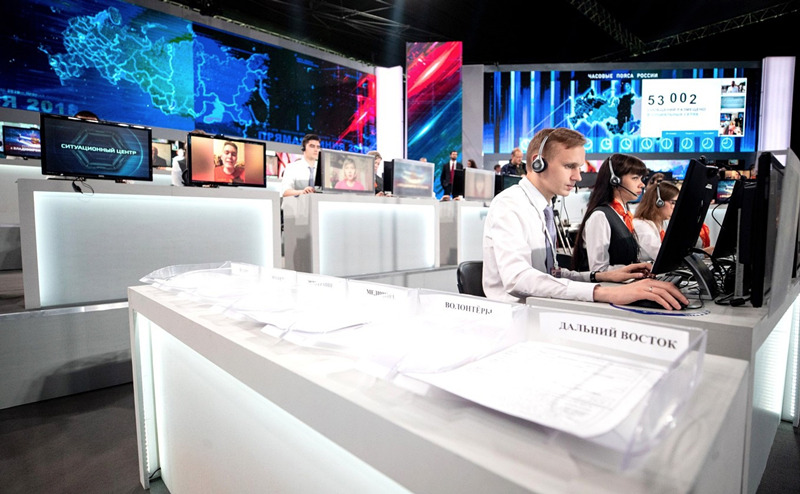 Most of the questions raised this year were related to domestic issues such as housing, healthcare and environmental prices, and some new issues like rising oil prices.

This year there was no audience at the venue and the questions were asked not only by phone but also using interactive screens in the studio. The president had a huge screen in front of him on which he could see text and video messages.

In contrast to previous sessions, this year Putin called on regional leaders and ministers to stand by to go on live with the president to address certain regional issues.

The annual call-in show, like Putin's marathon news conference each winter, is an elaborate demonstration of Putin's stamina, lasting several hours. The longest event so far took place in 2011, lasting for 4 hours, 32 minutes.