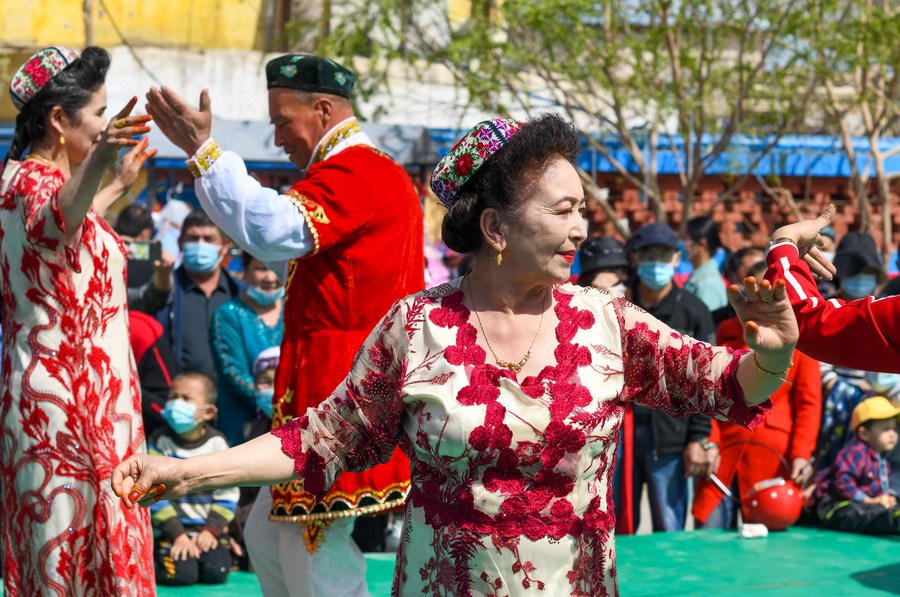 Despite the overwhelming firepower of the Western propaganda war against China, the so-called "evidence" available to the West is very limited, consisting of only a few so-called leaked documents and one-sided statements by what Beijing calls separatists, said the article by Wu Jungang, a former member of Parliament of Singapore.

"It was in the midst of this war of words that an ironclad crime of genocide suddenly came to light in Canada," said the opinion, referring to the latest discovery of the remains of 215 indigenous children buried near a former residential school in the western Canadian city of Kamloops.

An estimated 150,000 indigenous children across Canada were reportedly removed from their homes and forced to attend residential schools between the 1890s and as recently as 1996.

"Although the extermination of the Indians by the Canadian colonists was shameful, it may only be dwarfed by the atrocities committed by American colonists back then," said the opinion.

The author also noted that French President Emmanuel Macron has recently recognized France's responsibilities in the 1994 Rwandan Genocide against the Tutsi, and that the German government has officially recognized the atrocities committed against the Herero and Nama ethnic groups as genocide.

European and North American countries, which are borne with such a heavy burden of genocide, are today vociferously denouncing other countries in the name of genocide, and such acts of misinformation again remind the world of the U.S. invasion of Iraq in 2003 citing Iraq possessing weapons of mass destruction, the article said.

"Therefore, we should be cautious and suspicious of the Uygur genocide allegation," the opinion said.