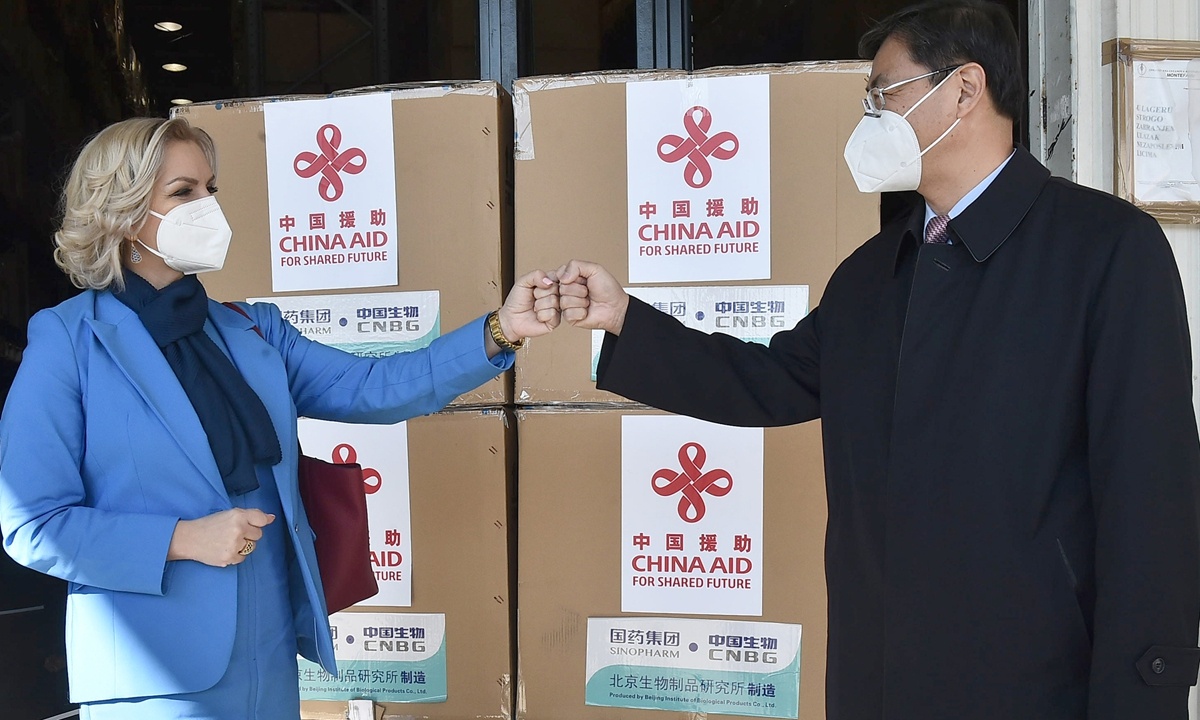 Some European officials and overseas media outlets have jumped on a recent back-and-forth between the EU and Montenegro over the latter's request to help repay a loan from China to hype up the so-called debt trap by Chinese investments.

However, in hyping up such a widely debunked claim, they seem to have chosen to ignore some important facts about the loan contract and the project itself by focusing solely on the country's current debt trouble and unfounded "concerns" raised by EU officials.

The latest media hype started after the EU reportedly rejected Montenegro's request for help to repay a loan for a highway project in the Balkan country, which is applying for an EU membership.

The European Commission even voiced "concerns" over some Chinese investments, Reuters reported. And some media outlets suggested that repaying the loan would increase the country's public debt to 80 percent to GDP.

"The debt ratio reflects many factors, and many countries' debt ratios are far higher than 80 percent, such as France, which has a debt ratio of more than 100 percent," Liu Ying, research fellow at the Chongyang Institute for Financial Studies at Renmin University of China in Beijing, told the Global Times on Tuesday.

According to Reuters, the country already had a debt equivalent to 103 percent of its GDP in 2020.

In 2014, Montenegro signed a loan deal with the Export-Import Bank of China, under which the latter provided $944 million in loans to Montenegro, with a 20-year repayment period and a six-year grace period, according to the Chinese Embassy in Montenegro.

The first payment of the loan is due this July.

Experts said that the terms of the loan were among the best in such projects and was determined not by the Chinese bank itself but in agreement with Montenegro's government.

"No matter where they obtain the loan whether from China or other sources, they have to follow very strict standards and requirements to prevent financial pressure," Liu added.

Former Montenegrin Prime Minister Du?ko Markovi? once said that the country did not pledge any land to get the loan, that the Export-Import Bank had provided the best solution, and "all of the speculation [about the 'debt-trap'] are groundless," the Xinhua News Agency reported in June 2019.

The 180-kilometer Bar-Boljare motorway, which will link the Adriatic Sea and Montenegro's border with Serbia, is Montenegro's first highway, and it will be a major link of the country to the EU's transportation system.

The first 41-kilometer section of the highway was built by the Chinese Communications Construction Co (CCCC) and its subsidiary China Road and Bridge Corp (CRBC) at a price of 809 million euros ($1.067 billion).

Some Western media outlets have also claimed that the project was among the most expensive road project in the world.

However, they did not say that tunnels and bridges represent about 60 percent of this section, and this section was the most difficult part of the whole project.

"For this reason, it would mean much more than just a highway, as we will make secure one of the most dangerous parts of the road through the Moraca River gorge, and enhance economic progress along the road," said former Montenegrin transport minister Ivan Brajovic in 2013, before construction of the project.

"The high cost mentioned by [foreign media] is a false proposition, because cost controls and construction quality are China's absolute advantages in infrastructure. Based on my research, the cost would only have been higher if the project was built by [companies from] other countries," Liu said.