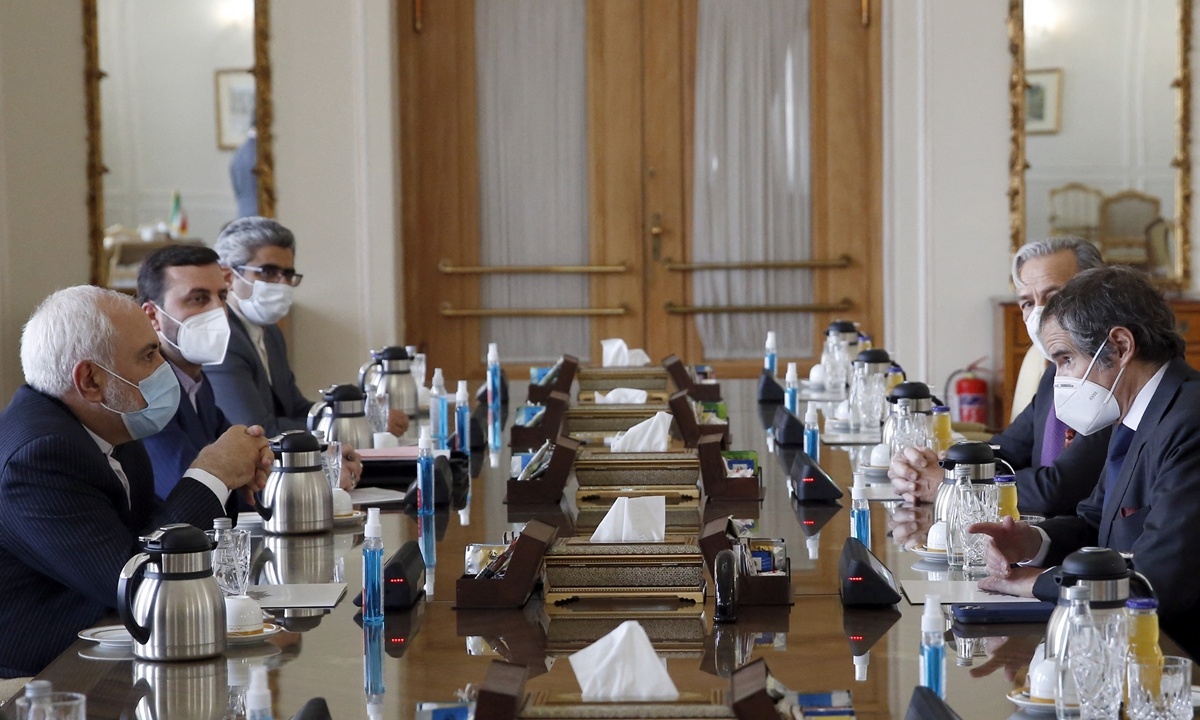 UN nuclear watchdog chief Rafael Grossi is set for talks in Iran on Sunday that may ease a standoff between Tehran and the West just as it threatens to escalate and scupper negotiations on reviving the Iran nuclear deal.

Grossi arrived in Tehran overnight, Iranian state media said, ahead of next week's meeting of the Board of Governors of the International Atomic Energy Agency (IAEA).

The IAEA and Iran's envoy to the agency said he would meet the new head of the Atomic Energy Organization of Iran, Mohammad Eslami.

Grossi is expected to hold a news conference at Vienna airport around 8:30 pm after returning later on Sunday, the IAEA said.

The IAEA informed member states this week that there had been no progress on two central issues: explaining uranium traces found at several old, undeclared sites and getting urgent access to some monitoring equipment so the agency can continue to keep track of parts of Iran's nuclear program as provided for by the 2015 deal.

Separate, indirect talks between the US and Iran on both returning to compliance with the deal have been halted since June.

Washington and its European allies have been urging hardline President Ebrahim Raisi's administration, which took office in August, to return to the talks.

Under the 2015 deal between Iran and major powers, Tehran agreed to restrictions on its nuclear activities in exchange for the lifting of sanctions.

President Donald Trump pulled the US out of the deal in 2018, re-introducing painful economic sanctions. Iran responded as of 2019 by breaching many of the deal's core restrictions, like enriching uranium to a higher purity, closer to that suitable for use in nuclear weapons.

Western powers must decide whether to push for a resolution criticizing Iran and raising pressure on it for stonewalling the IAEA at next week's meeting of the agency's 35-nation Board of Governors. A resolution could jeopardize the resumption of talks on the deal as Tehran bristles at such moves.

Countries on the IAEA Board of Governors will be watching Grossi's visit to see whether Iran yields either on granting access to the monitoring equipment to service it or offers the prospect of answers on the uranium particles found at the undeclared former sites.