GENEVA, May 26 (Xinhua) -- A draft resolution on health conditions in the occupied Palestinian territory, including east Jerusalem, and in the occupied Syrian Golan Heights, was approved on Wednesday at the ongoing virtual World Health Assembly (WHA). 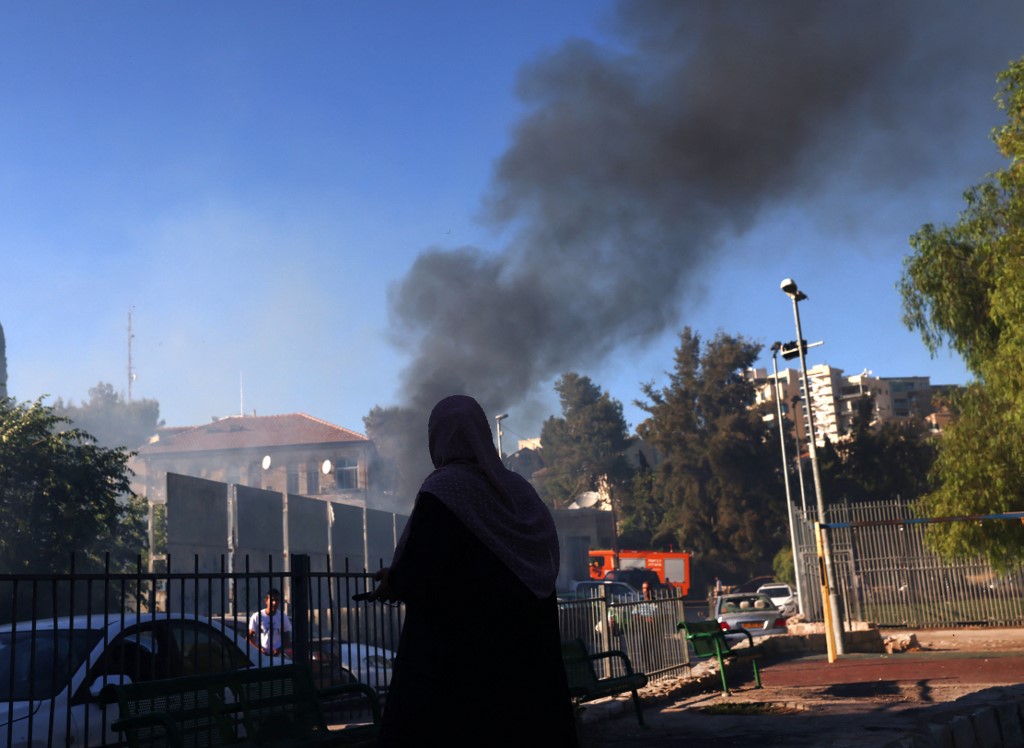 Smoke billows during protests against Israel's occupation and its air campaign on the Gaza strip, at the flashpoint Sheikh Jarrah neighbourhood in east Jerusalem, on May 18, 2021. (File photo: AFP)

The resolution, with a significant majority of countries voting to support, was submitted by more than 20 countries and regions such as Turkey, Egypt, Iraq, Kuwait, Palestine, Saudi Arabia, and Syria according to the decision made last year in the WHA, the highest decision-making body of the World Health Organization (WHO).

A total of 83 votes were in favor for the resolution and 14 were against it, while 39 countries voted with abstention.

Suggestions involving the efforts of providing health support for the occupied Palestinian territory and the occupied Syrian Golan were presented in the resolution.

According to the resolution, efforts are requested to support the Palestinian health sector using a health system strengthening approach.

The resolution also suggests ensuring sustainable procurement of WHO prequalified vaccines, medicines and medical equipment to the occupied Palestinian territory in compliance with the international humanitarian law and the WHO's norms and standards, as well as ensuring non-discriminatory, affordable and equitable access to COVID-19 vaccines for the protected occupied population in compliance with the international law.

The international community has been concerned about the recent serious conflict between Palestine and Israel and the humanitarian crisis after the conflict, including health situation.