WORLD Whale dies after being stranded in central Indonesia

Whale dies after being stranded in central Indonesia 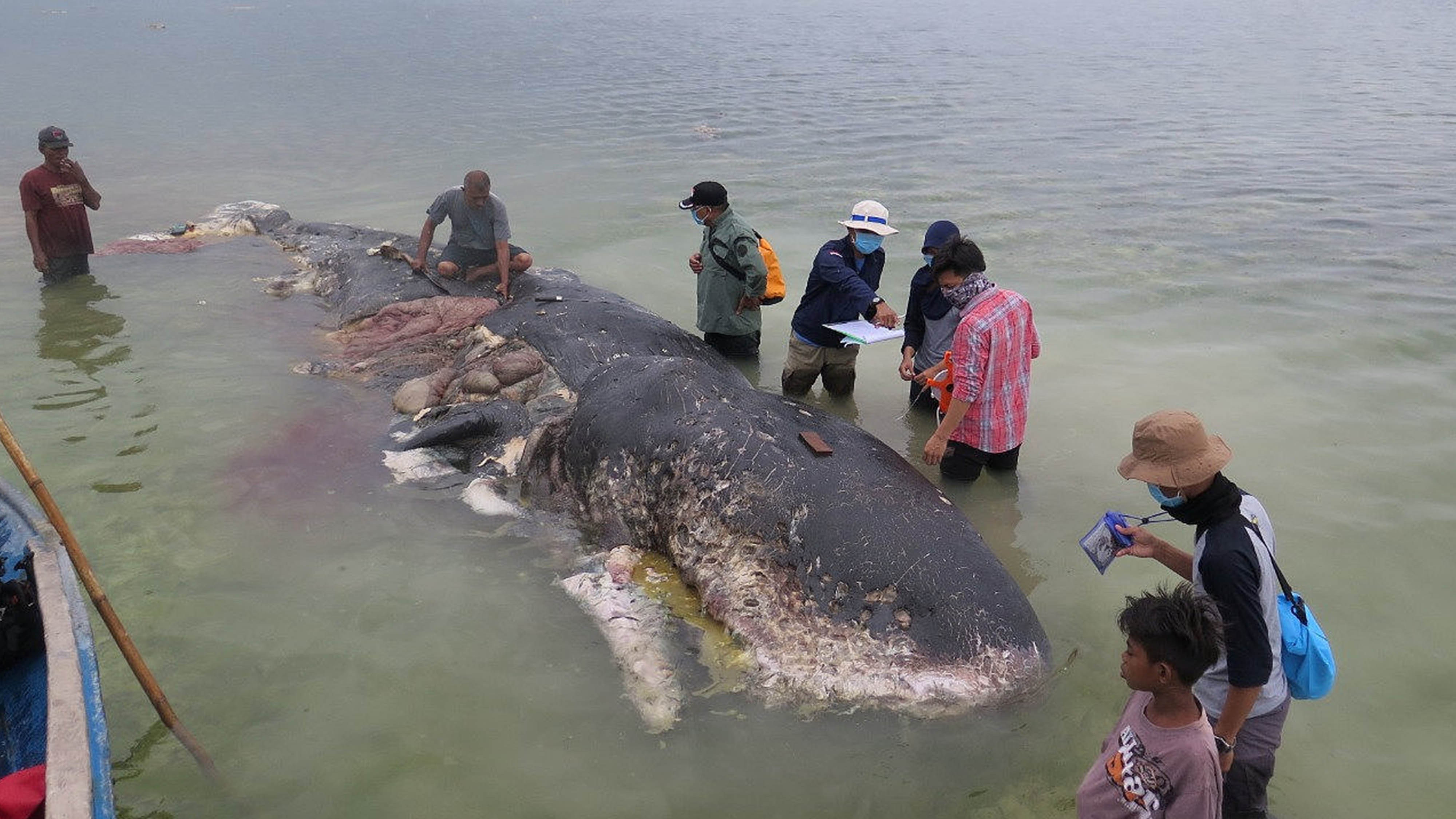 JAKARTA, Jan. 25 (Xinhua) -- A whale has been found dead after being washed ashore at mangrove forests on the coast of East Nusa Tenggara province's district of Rote Ndau in central Indonesia, an official said on Saturday.

The 20-meter long protected whale has already been dead when it was recovered by a sailor in Tasilo village a day earlier, village head Maria Foes said.

"According to the sailor who recovered the whale, its body is swollen with many injuries," she added.

The report on the stranded marine mammal has been sent to the Water Conservation Agency in the area, she said.

Meanwhile, head of the agency in the province's capital of Kupang, Ikram Sangadji, said that personnel of the agency have been sent to the scene to conduct identification on the animal, media reported.

Spokesman for the district police Anam Nurcahyo said the villagers had had difficulty evacuating the whale due to its size and weight.