Whaling ships set sail on Monday from Japan as the country resumed commercial hunts for the first time in decades after withdrawing from the International Whaling Commission. 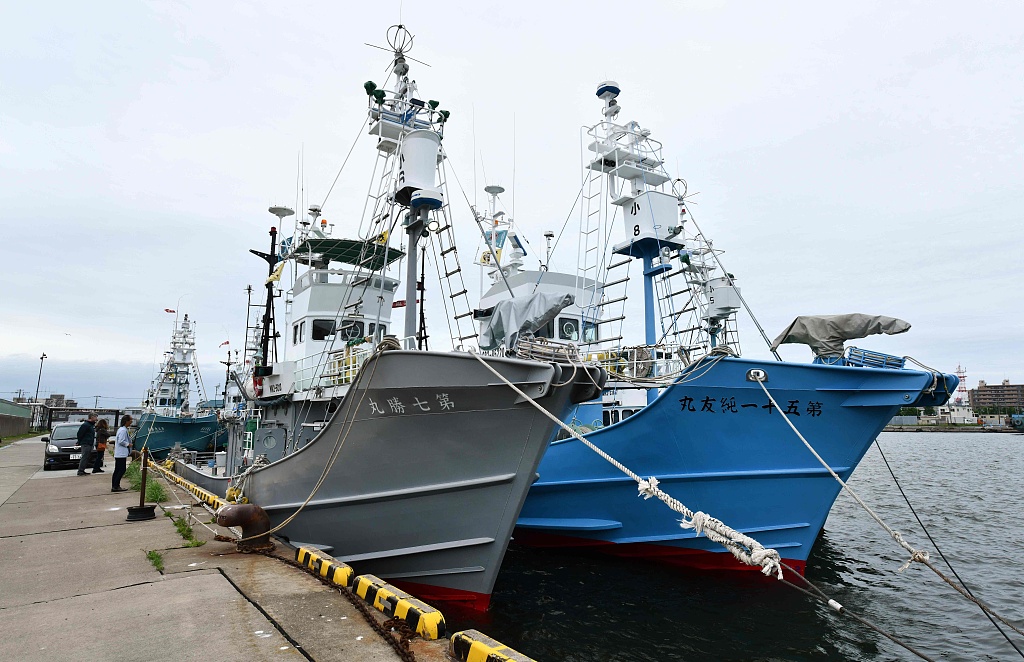 Five ships from whaling communities around the country left port in northern Japan's Kushiro with their horns blaring and grey tarps thrown over their harpoons.

Japan's decision to withdraw from the IWC was slammed by activists and anti-whaling countries, but the resumption of commercial hunts has been welcomed by Japanese whaling communities and the departure from Kushiro was celebrated with a send-off ceremony.

"This is a small industry, but I am proud of hunting whales. People have hunted whales for more than 400 years in my home town."

Whaling vessels will also leave Monday morning from other ports including in Shimonoseki in western Japan.

The country's Fisheries Agency said Monday it had set a cap for a total catch of 227 whales through the season until late December.

"I'm a bit nervous but happy that we can start whaling," 23-year-old Hideki Abe, a whaler from Miyagi region in northern Japan told AFP before leaving.

"I don't think young people know how to cook and eat whale meat any more. I want more people try to taste it at least once."

Whaling has long proved a rare diplomatic flashpoint for Japan, which says the practice is part of the country's tradition and should not be subject to international interference.

As an IWC member, Japan was banned from commercial hunts of large whales, though it could catch small varieties in waters near its coastline.

But it also exploited a loophole in the body's rules to carry out highly controversial hunts of whales in protected Antarctic waters under the banner of "scientific research".

Activists said the hunts had no scientific value, and Japan made no secret of the fact that meat from whales caught on those hunts ended up sold for consumption.

With its withdrawal from the IWC, Tokyo will now carry out high-seas whale hunting off Japan, but will end the most controversial hunts in the Antarctic.