WORLD What are the UK's laws on people-smuggling - and why don't they work?

What are the UK's laws on people-smuggling - and why don't they work? 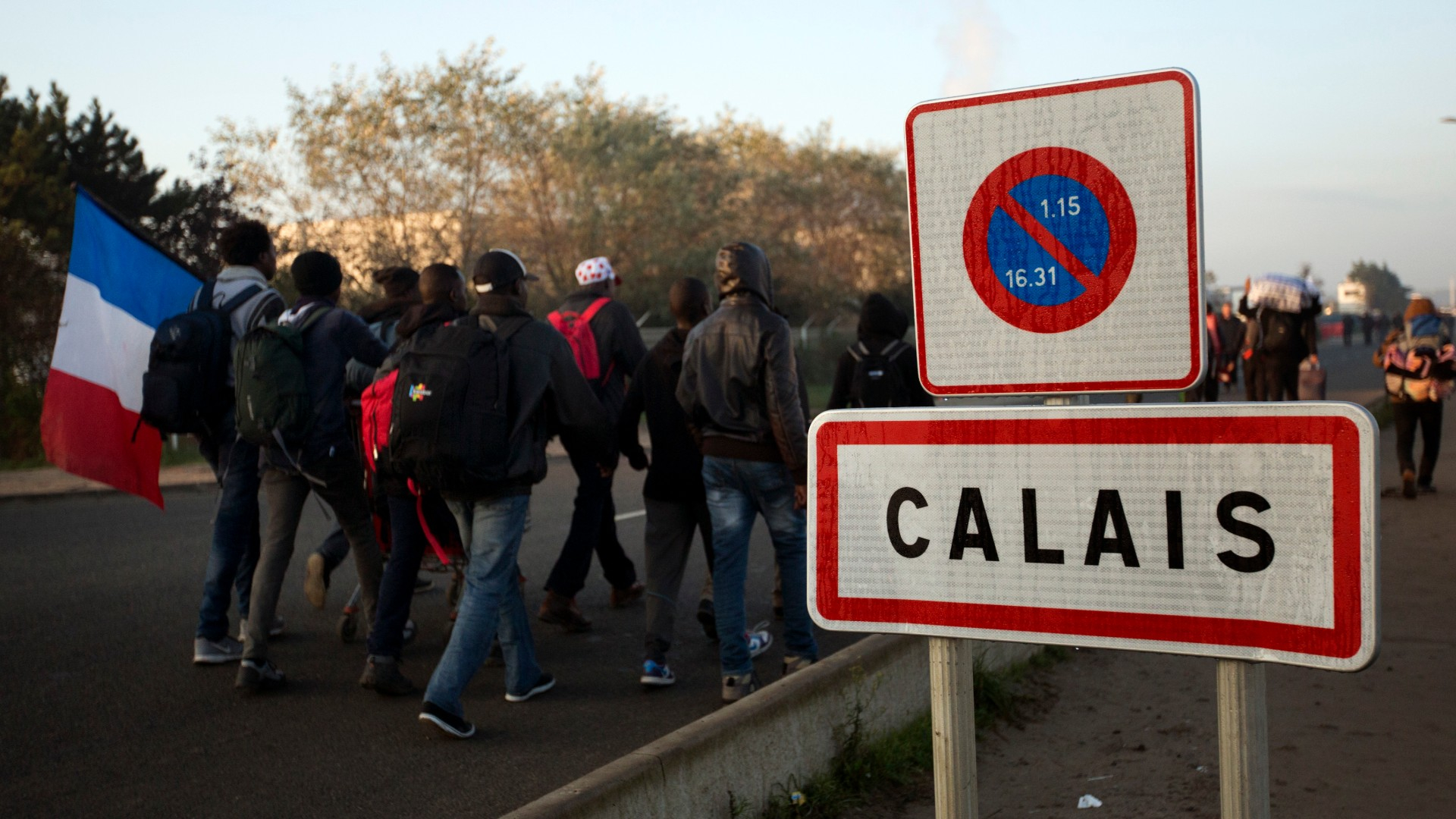 Thousands want to enter Britain, whether legally or not. (Photo: AP )

The tragic discovery of 39 bodies in a truck in the UK has highlighted the terrible risks involved in people-smuggling and human trafficking. But what is the UK's legal position on these types of illegal immigration?

Firstly, the use of language is important, legally and morally. There is a clear difference between people-smuggling and human trafficking, and it's based on the consent of those involved.

"Smuggling is entering a country illegally, a crime against the state, so it would be the person involved who is criminalized," says Tamara Barnett of the Human Trafficking Foundation. "Trafficking is a crime against the individual, so that person would not be punished, but those who are attempting to get them into the country would be."

Phil Brewer is well aware of the difference. Until recently he headed the Modern Slavery and Kidnap Unit of London's Metropolitan Police. "The wording used for offenders is key," says Brewer, delineating that those who aid unlawful immigration are smugglers while those involved in modern slavery are trafficker or exploiters.

What are the UK laws on smuggling and trafficking?

Although he's now retired from the Met, Brewer - a Senior Associate of Stop The Traffik - still has the senior detective's instant recall of legislation. For smuggling, he says, there would be a number of offences under the Immigration Act 1971: "the main one would be assisting unlawful immigration to a member state (facilitation)."

He notes that offences under the Immigration Act require movement across international borders and that "the relationship between the victim and smuggler lasts only as long as the journey: once the victim arrives in the UK they are no longer under anyone's control."

Human trafficking, however, comes under the much newer Modern Slavery Act of 2015. Consolidating and tightening various existing legislation, it has a broad remit, including but not limited to sexual exploitation, forced labour, domestic servitude, forced criminality, forced marriage and organ harvesting.

The 2015 Act introduced two primary offences: forced or compulsory labour and domestic servitude, and trafficking for the purpose of exploitation. Each offence requires proof of an extended relationship between the trafficker and victim, "for example being forced into work pre-arranged by the exploiters, with little or no payment or documents provided in return."

Anti-slavery police squads have to prove three key points: the offender's intention to exploit the victim; the means (threats, coercion or fraud), if the victim is over 18; and implementing the actual logistics such as transport, accommodation or work.

What are the potential punishments?

"The legislation is there," says Barnett. "A life sentence should be a big enough deterrent, but the conviction rate is extremely low. It's a very easy crime to get away with. It's a safe crime to commit for the people at the top. The people driving the trucks might get arrested but the organizers won't.”

Per figures published in March, 6,993 potential victims were submitted to the National Crime Agency (NCA) in 2018, a 36 percent increase on 2017's 5,142. However, Barnett advises we "take the data with a pinch of salt," and Brewer agrees: while citing a 2015 government estimate of between 10,000 and 13,000 victims of modern slavery, he acknowledges that the reported figures don't reflect the scale of the problem.

"Being very much a hidden crime, it's very difficult to assess its true impact," he says. "In addition to out-and-out victims of modern slavery, there are many more people who could be assessed as exploited. Those being paid well below the minimum wage, or working in poor and dangerous conditions may fall into this category."

What are the main barriers to successful enforcement of the laws?

And they could be coming from anywhere: the NCA report notes that last year's 6,993 reported cases came from 130 countries. Imagine trying to co-ordinate that joint effort.

While those illegal immigrants voluntarily participating in people-smuggling are hardly likely to report their activities, it's sadly also true that victims of trafficking are also unlikely to come forward - because they may well be deported. "Refugees get five years' leave to remain, but human trafficking victims, while they can apply, aren't guaranteed to get leave to remain," explains Barnett.

"They've taken huge risks to come here but they often can't afford to be deported, either because of the situation in their home country or because they are working to pay off debts." Brewer agrees: while the fear of deportation tops his list of reasons that victims don't come forward, he also mentions debt, shame and fear of violent reprisals.

Barnett notes that there is a bill currently before the UK parliament which would give slavery victims a year's leave to remain, but it's hostage to the current political climate of hostility and deadlock, not to mention deep divisions over immigration.

However, Barnett cautions against politicizing the situation. "It's easy to lay blame on immigration policy for political point-scoring, but that's misguided," she insists. "The last example on this scale" - 58 Chinese people were found dead in a truck in Dover in 2000 - "happened under Tony Blair, who was very pro-immigration."