WORLD What lies beneath: Singapore plans a subterranean future

What lies beneath: Singapore plans a subterranean future

Space-starved Singapore has expanded outward by building into the sea and upward by constructing high-rises, but planners are now looking underground as they seek new areas for growth. 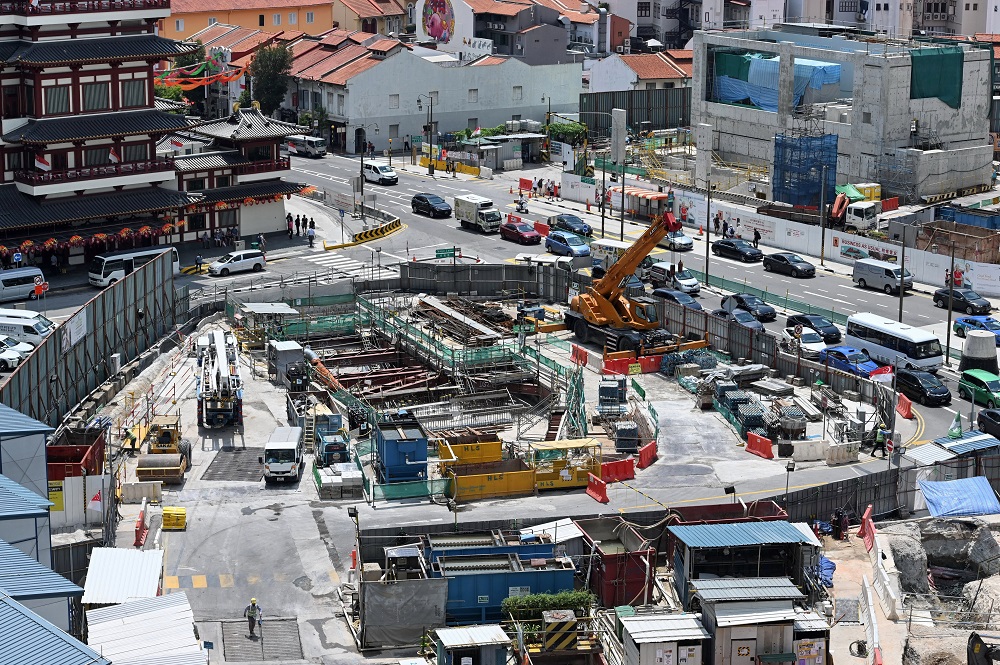 The nation has carefully managed its rapid growth in recent decades to avoid the problems faced by other fast developing Asian metropolises, such as overcrowding and traffic chaos.

But with its population of 5.6 million expected to grow steadily in coming years, authorities are now considering how to better use the space below the streets in an area that is just half the size of Los Angeles.

Singapore has already built an underground highway and state-of-the-art air conditioning system, but is now looking to house more facilities beneath the surface in order to optimize land use above it.

"We have an increasing need for industrial, commercial, residential and green space on land in Singapore."

According to a draft development plan released in March, authorities want to put utilities, transport as well as storage and industrial facilities underground in order to free up land on the surface.

There are as yet no plans to put housing underground, however.

Three-dimensional technology will be used to produce subterranean maps, with three pilot areas targeted initially, according to the Urban Redevelopment Authority, which created the development plan.

Singapore is the latest city to try to make use of subterranean space.

In a report commissioned by Samsung about what the world will look like in 50 years, experts predicted the appearance of "earthscrapers" - something like an inverted skyscraper burrowing downward for many stories - in an attempt to save space in overcrowded cities.

Singapore's main method of expansion has been land reclamation from the sea, which has increased the country's area by more than 25 percent to 720 square kilometers, with most growth happening since independence in 1965.

But reclamation has become more expensive as it moves to deeper waters. Meanwhile, countries that used to sell sand to Singapore have stopped exports due to environmental concerns.

Moving facilities underground has advantages beyond saving space, including reduced use of air conditioning, which could save energy in Singapore's tropical climate.

Still, building underground in Singapore poses challenges. Construction is difficult beneath an already urbanized environment while new projects will compete for space with existing subterranean facilities.

"Underground construction normally involves the blasting of rocks and if it's in the downtown area, you will not be able to use blasting," said Chu Jian, a civil and environmental engineering professor at the Nanyang Technological University, or NTU.

One of the most ambitious underground projects so far in Singapore is a system that pumps chilled water through pipes to cool buildings around the city-state's popular waterfront district of Marina Bay.

Buildings which use the centralized system, rather than relying entirely on their own air conditioners, have reduced energy consumption by around 40 percent, said Foo Yang Kwang, chief engineer of Singapore District Cooling, SP Group, which is behind the project.

Reduced energy use has enabled the buildings to slash their annual carbon dioxide emissions by 34,500 tons, which is equivalent to taking 10,000 cars off the road, he said.

Other current subterranean facilities in Singapore include Southeast Asia's longest underground expressway, measuring 12 km, the metro train, an ammunitions depot, and rock caverns beneath the seabed which are used to store oil.

NTU, one of the city's top institutes of higher education, is considering building labs and even classrooms underground, according to Chu.

But he said shifting things underground is just one way of coping as the city-state grows: "It is the next frontier, but not the final frontier.

"I am confident that we will be able to figure out other ways to create new space."