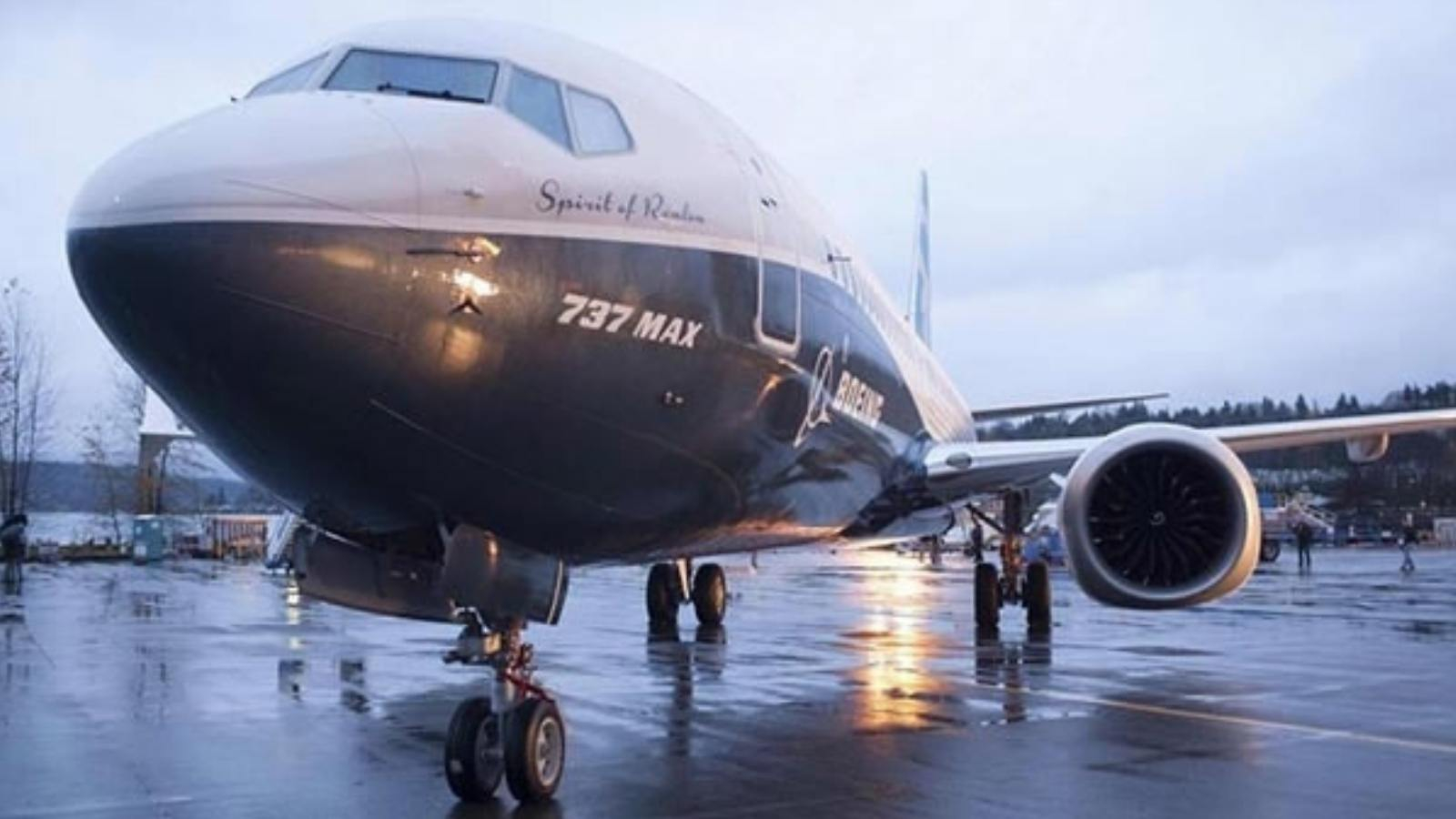 A Boeing 737-800 operated by Ukrainian International Airlines and carrying 176 people crashed due to a currently unidentified cause on Wednesday shortly after taking off from Tehran's Imam Khomeini International Airport, killing all the passengers and crew on board. It marked the third fatal crash for a Boeing aircraft in two years.

The plane maker's reputation was already facing a severe test following two deadly crashes in which 346 people lost their lives, leaving its signature 737 MAX aircraft grounded worldwide and production of the model suspended.

Since March last year, Boeing's stock price has slumped by some 26 percent after it hit an all-time high of 446.01 U.S. dollars on March 1, with the company losing more than 62.5 billion U.S. dollars in market value and ending 2019 with lackluster performance.

Airbus has reclaimed the world's largest plane maker title for the first time since 2011 after delivering forecast-beating 863 aircraft in 2019, edging out the embattled Boeing.

Reuters reported Boeing had delivered 345 mainly long-haul jets between January and November, less than half the 704 it delivered in the same period in 2018, when the MAX was bringing in interest. For the whole of 2018, Boeing delivered 806 commercial aircraft.

Manufacturing the Boeing 737 MAX involves some 400 suppliers and more than two million parts. Spirit AeroSystems, a major supplier to Boeing, was expected to be among the companies most affected by the grounding of 737 MAX and Boeing's many other issues, as evidenced by its underwhelming third-quarter results.

"Because revenue from 737 aircraft components represents more than 50 percent of Spirit's annual revenue, this suspension will have an adverse impact on Spirit's business, financial condition, results of operations, and cash flows," the company had said. Its suppliers are caught in the same whirlpool after losing orders from Spirit.

The suspension of the MAX production pressures Boeing's suppliers and is then passed on to the suppliers of suppliers that would settle on halting production due to the absence of orders, causing a domino effect in or a horrendous blow to the U.S. aviation industry.

CFM International, a joint venture between General Electric and Safran SA, is the biggest supplier of engines to the MAX. Its CFM56 engine is widely applied in the Boeing 737 series, and its LEAP1B engine is the most important part of the 737 MAX. For CFM International, engine orders from the 737 MAX account for almost half of its revenue, hence the window period brought by the model's suspension is destined to bring sharp losses in net profit.

More companies including Senior Plc, United Technologies Corp and Honeywell International Inc are also on the list. Hexcel is responsible for the manufacturing of composite materials for the 737 MAX fuselage and engine, with 25 percent of its revenue generated from Boeing, which is its second largest customer. U.S. aircraft parts maker Woodward gets about 15 percent of its annual sales from Boeing by making thrust reverser actuation system for the 737 MAX.

Boeing CEO Dennis Muilenburg is out, and the company last month named Chairman David Calhoun as his successor. Boeing had said that "a change in leadership was necessary to restore confidence in the company moving forward as it works to repair relationships with regulators, customers, and all other stakeholders." Calhoun will serve as CEO and president starting January 13.

Unlike Muilenburg, Calhoun is not an engineer but is no stranger to crises or the aviation industry. He has a clear picture of the mistakes related to the troubled plane and the crisis Boeing is going through. Calhoun has been on Boeing's board since 2009 and became chairman in October when the board voted to separate the roles of chairman and CEO.

After graduating from Virginia Tech in 1979, he started his career at General Electric and took charge of the aircraft engine business during the 9/11 terrorist attacks and ensuing downturn in the airline industry. He then joined Nielsen in 2006 as chief executive officer. Throughout his seven-year tenure, he underpinned Nielsen's transformation into a leading global information and measurement company firm listed on the New York Stock Exchange and Standard & Poor's 500 Index.

"Putting in place a world-class leader like Dave at the helm of Boeing is good for the company and important to the country. His experience driving growth across Blackstone's diverse portfolio speaks to his unusual capabilities as a CEO, which will serve him well in this complex situation," said Blackstone CEO Steve Schwarzman in a statement.

"I am honored to lead this great company and the 150,000 dedicated employees who are working hard to create the future of aviation… There's really only one thing to do, and that's to get a safe airplane back up in the sky and let it fly," Calhoun said in a statement. "By the way, that will all happen."