Where is Iran nuclear deal headed as Sunday deadline approaches? 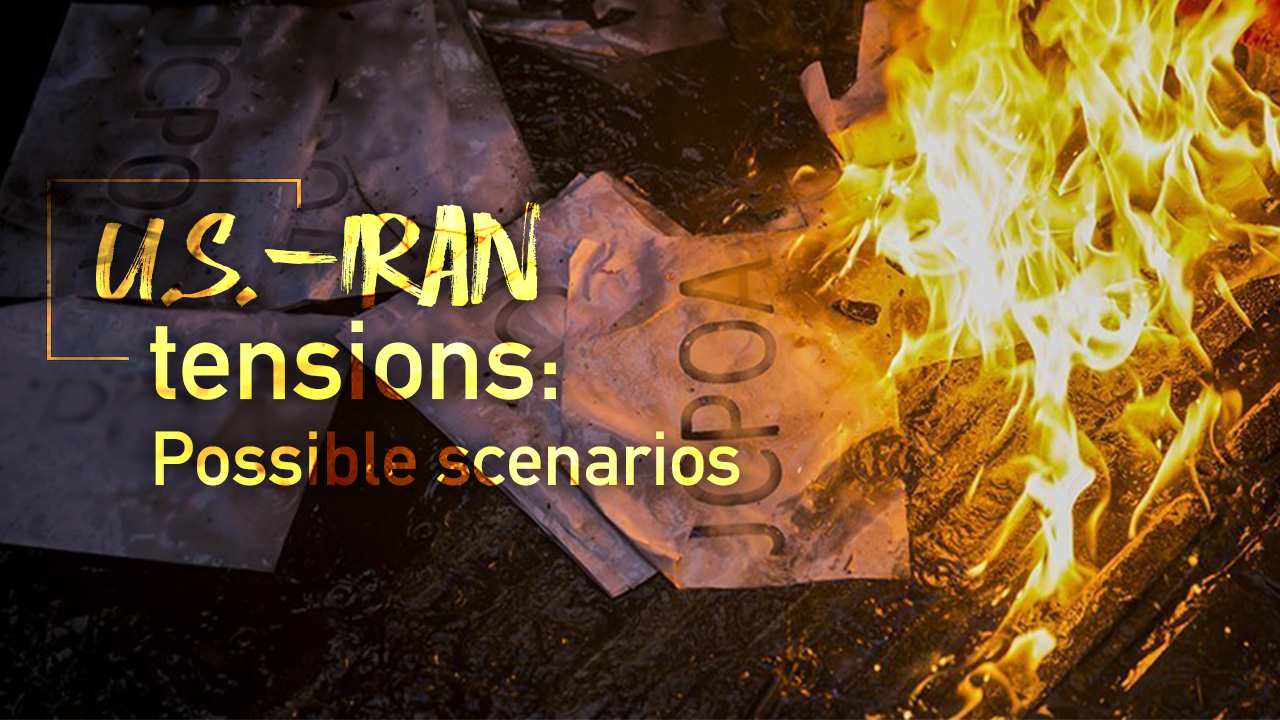 As Sunday approaches, a two-month ultimatum set by Iran is going to expire, which may mark the end of the Joint Comprehensive Plan of Action (JCPOA), or perhaps herald another climax of the pact.

Two months ago, President Hassan Rouhani announced a deadline in a cabinet meeting broadcast on state television, threatening to take more actions in case Tehran's interests under the pact cannot be guaranteed.

"If our demands are not met, we will take new measures after 60 days, calculated from May 8."

Almost a year ago, Washington's withdrawal from the pact worsened its relations with the second largest country in the Middle East and caused alarm around the world. Despite the US pullout, other signatories said they remain committed to the deal, namely EU members France, Germany and Britain, plus Russia and China.

Graphics: Are US and Iran on the brink of war?

Unfortunately, tensions between the two sides have been escalating over the past year. What could happen next at the upcoming turning point?

Collapse of the JCPOA?

Iran is arguing that its breach of the enriched uranium cap is not a violation of the accord and is instead a response to the US pullout under the terms of the nuclear deal, adding that it can reduce its commitment under a separate provision.

Meanwhile, apart from the US, the other remaining signatories still support the deal and are making efforts to salvage it, urging Iran to refrain from further measures that undermine the deal.

Opinion: Why is Europe sticking to the Iran nuclear deal?

Graphics: Attitude gaps between US, Iran over nuclear deal

However, Iran was not very satisfied with the European countries' endeavors, complaining that time for Europe to save nuclear deal is almost over.

Taking the Instrument for Supporting Trade Exchanges (INSTEX) for instance, a new mechanism created by Britain, France, and Germany in late January to support legitimate European trade with Iran, doubts on its effectiveness remain high concerning that "most of the gestures are lip service rather than concrete actions," He Wenping, a senior research fellow at the Chinese Academy of Social Sciences, commented on the tool during a recent interview with CGTN.

"Iran has no interest to increase tension in the region, and it never seeks war with any country, including the US," Rouhani was quoted as saying by state news agency IRNA in June. Similar "no war wanted" remarks also came from Washington.

Meir Javedanfar, a Middle East analyst from Israel, suggested that although both sides might not want to go to war, the possibility of a military conflict still runs high.

For example, Israel has encouraged the Trump administration to press ahead with sanctions against Iran. "Israel is preparing for its possible military involvement in any escalation in the Gulf confrontation between Iran and the United States," the country's foreign minister said a few days ago.

Ghanbar Naderi, a columnist with Kayhan International in Iran, told CGTN that the stakes are simply too high for the US to start yet another war in the Middle East, saying that the US has been sanctioning Iran for the past 40 years just because it could not engage itself with Iran through military means.

Will another air strike be called off minutes before it takes place just as Trump did last month?

Renegotiate a new one?

"Iran's two-month deadline for the remaining parties of the nuclear deal cannot be extended," Behrouz Kamalvandi, spokesman of the Atomic Energy Organization of Iran (AEOI), was quoted as saying by the state TV on June 19.

In this case, how to break the dilemma? Talks, and maybe a new deal can serve as a compromising solution.

Daniel Serwer, director of the Conflict Management and American Foreign Policy Programs at the Johns Hopkins School of Advanced International Studies, thinks that the US wants to talk with Iran. "They want to settle this at the negotiating table," the director told CGTN.

"I do believe that there is an opening in the next couple of weeks to begin to defuse the current crisis," he said.

IRNA reported on Thursday that talks with the US could be reviewed only if Trump lifts the sanctions while a statement from the White House said that maximum pressure would continue until Iranian leaders alter their course of action.

While what both sides want is evident on the negotiating table, who will take the first step?

"Time is running out for them to save the deal," Iranian Foreign Ministry spokesman Abbas Mousavi said on Monday after Iran breached the limit of its enriched uranium stockpile set in the JCPOA.

Two days later, the country's president announced that after July 7, Iran would enrich uranium beyond a fissile purity of 3.67 percent – the second time this week that Tehran has announced a measure that undermines the nuclear accord, which will mark the end of the two-month ultimatum and the beginning of another climax.

In this case, no matter what the results are, the danger is haunting the world at a moment when the spirit of multilateralism is being threatened.