WORLD Which countries are affected by coronavirus in Europe?

Which countries are affected by coronavirus in Europe? 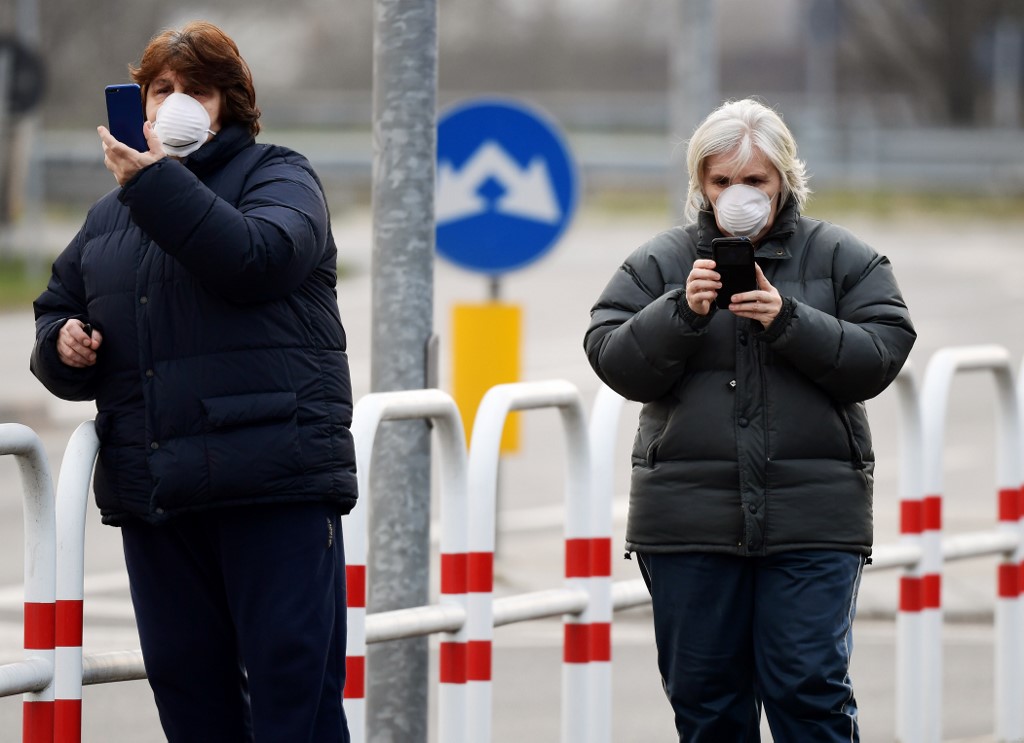 With governments scrambling to contain a slew of new coronavirus cases popping up across Europe, here is an overview of the countries affected, where people have died and the precautions being taken.

With 12 deaths and 400 infections, Italy is the European country worst affected by the COVID-19 outbreak. It has also been a point of contagion with many cases in other countries involving people who returned home after travelling in infection-hit areas of northern Italy.

France has so far registered 18 infections and two deaths, and has urged its nationals to delay any plans to visit virus hotspots in northern Italy. Students returning from China, Singapore, South Korea and the Italian regions of Lombardy and Venice are being asked to remain at home for two weeks after their return.

Britain has so far recorded 13 cases since the start of the epidemic. The government has requested travellers returning from affected areas in northern Italy, China, South Korea and Iran to isolate themselves and inform authorities.

The same has happened in Spain, which has registered 12 cases, 10 of which have been detected since Monday. Nine involved Italians or people who had recently visited Italy.

Among that number are four Italians who were visiting Tenerife in the Canary Islands. The hotel where they were staying has been quarantined.

To curb the spread, Madrid has advised against travel in northern Italy and sought to identify other potential cases that may have slipped under the radar by testing those already in hospital with respiratory problems or returning from high-risk areas with flu-like symptoms.

Three people have tested positive for the virus, including a young man who recently stayed in Italy and his brother. A third case was detected Wednesday in a man who works in the Italian city of Parma.

A young Italian couple have tested positive. The Innsbruck hotel where the woman worked as a receptionist was initially placed in quarantine but the measure was lifted on Wednesday following tests. Austria has also urged its nationals to avoid visiting affected areas of neighbouring Italy.

Two virus infections were confirmed Wednesday -- a Chinese tourist in Lapland and a second case involving a Finnish national who had recently visited northern Italy.

Two cases have been detected so far. One was registered at the end of January in a woman who had visited Wuhan, the Chinese city where the virus emerged in December. On Wednesday a second infection was discovered.

One case was detected in a Belgian national who was repatriated from Wuhan in early February. He has completed his quarantine period.

Georgia on Wednesday announced the first confirmed case of the novel coronavirus in the South Caucasus region.

Athens announced its first infection on Wednesday, a woman aged 38 who had recently returned from northern Italy.

The Greek government said Tuesday that in the event of a mass outbreak, it would activate temporary restrictions on travel to and from countries with a large number of infections as well as temporarily close schools, places of worship, cinemas, theatres, sports halls and businesses.

One case has been detected -- a woman who recently returned from Italy.

A first case was detected on Tuesday in a man in his 70s who was infected near Milan.

Romania reported its first case on Wednesday -- a man who was in contact with an Italian who visited the country last week.

Norwegian health authorities announced Wednesday the first case of the new coronavirus in the Nordic nation in someone who returned from China last week. They said the patient was not "in danger".