The whistleblower behind the report accusing U.S. President Donald Trump of using his office to solicit foreign interference in the 2020 presidential election is a C.I.A. agent previously detailed to the White House, the New York Times reports. 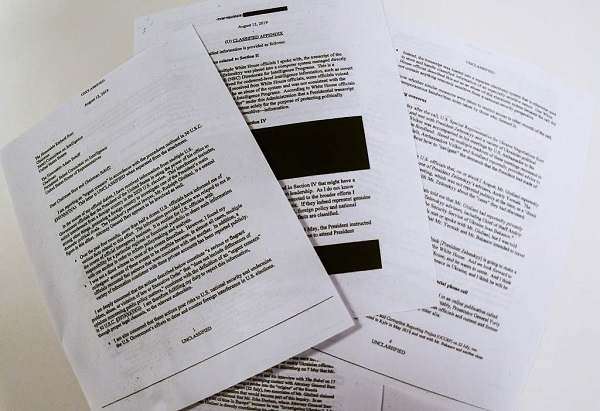 Little else is known about the anonymous man, who is reported to have since returned to the C.I.A.

The complaint which was made public on Thursday suggests the whistleblower was an analyst by training, and made clear he was steeped in details of American foreign policy toward Europe, demonstrating a sophisticated understanding of Ukrainian politics and at least some knowledge of the law.

If determined to be true, his expertise could potentially add to the lawmakers confidence about the weight of his complaints and diffuse allegations that he might have misunderstood what he learned about Trump.

In a statement Thursday, White House press secretary Stephanie Grisham said, "Nothing has changed with the release of this complaint, which is nothing more than a collection of third-hand accounts of events and cobbled-together press clippings—all of which shows nothing improper.” She said the president released a memorandum summarizing the call Wednesday "because he has nothing to hide."