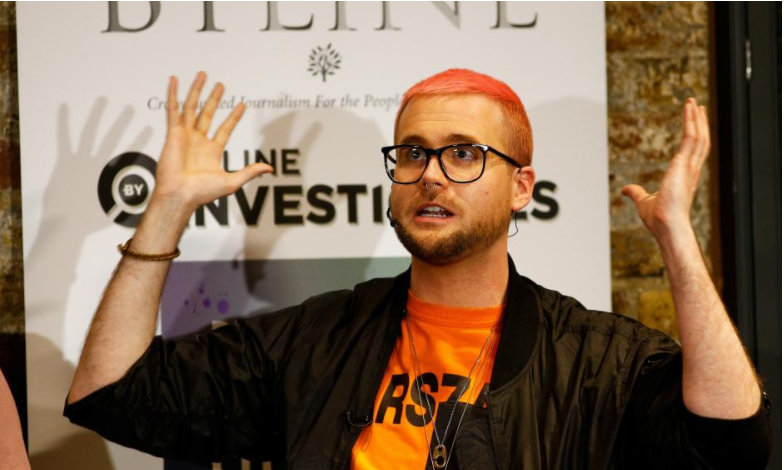 Christopher Wylie, a whistleblower who formerly worked with Cambridge Analytica, speaks next to Shahmir Sanni (not in picture), a former volunteer at Vote Leave group, at the Frontline Club in London, Britain, March 26, 2018 (Photo: Reuters)

A Cambridge Analytica whistleblower said on Tuesday that Canadian company AggregateIQ worked on software called Ripon which was used to identify Republican voters ahead of the 2016 U.S. presidential election.

AggregateIQ did not immediately respond to request for comment on the remarks by Christopher Wylie, a whistleblower formerly of British political consultancy Cambridge Analytica.

Ripon, the town in which the Republican Party was founded in 1854, was the name given to a tool that let a campaign manage its voter database, target specific voters, conduct canvassing, manage fundraising and carry out surveys.

“There’s now tangible proof in the public domain that AIQ actually built Ripon, which is the software that utilised the algorithms from the Facebook data,” Wylie told the British Parliament’s Digital, Culture, Media and Sport Committee.

It said it works in full compliance within all legal and regulatory requirements and had never knowingly been involved in any illegal activity.