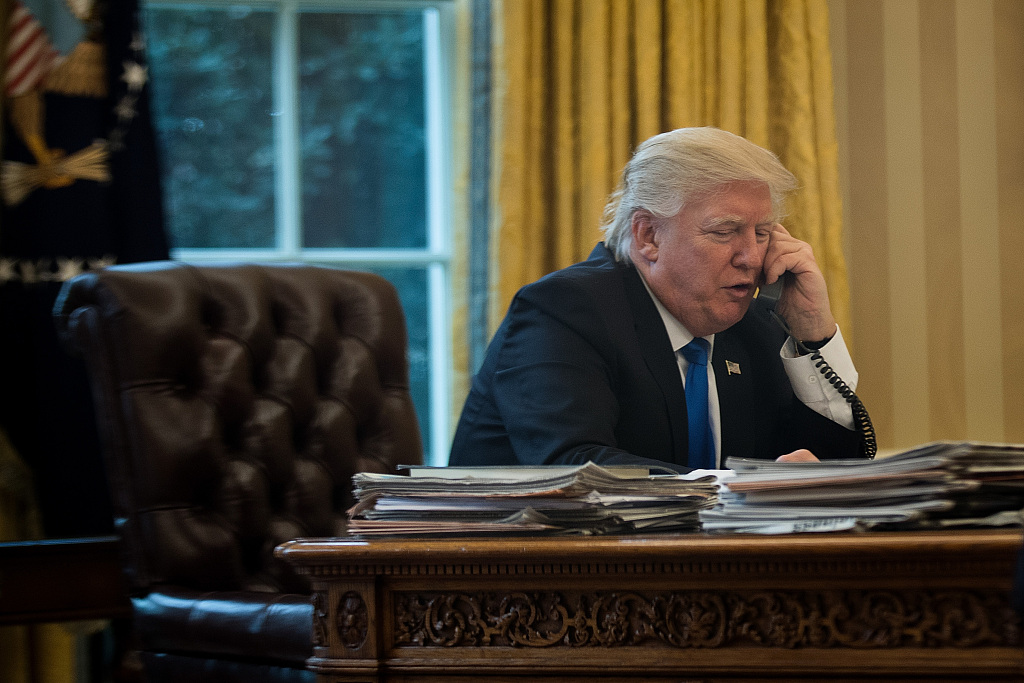 White House officials sought to restrict access to the transcript of a phone call between Donald Trump and the leader of Ukraine during which the US president sought help from Ukraine against a rival in the 2020 election, a whistleblower said in a complaint released Thursday.

"I have received information from multiple US government officials that the president of the United States is using the power of his office to solicit interference from a foreign country in the 2020 US election," the whistleblower, an unidentified intelligence community official, wrote in the complaint released by Congress.

The whistleblower said White House officials had expressed alarm about the gravity of Trump's call with his Ukrainian counterpart, and that they told the whistleblower that they had likely "witnessed the president abuse his office for personal gain."

"In the days following the phone call, I learned from multiple U.S. officials that senior White House officials had intervened to 'lock down' all records of the phone call," the whistleblower said.

"This set of actions underscored to me that White House officials understood the gravity of what had transpired in the call," the whistleblower said in the complaint, which he or she described as a matter of "urgent concern."

"White House officials told me that they were 'directed' by White House lawyers to remove the electronic transcript from the computer system in which such transcripts are typically stored for coordination, finalization, and distribution to Cabinet-level officials," the whistleblower added.

In the transcript of the phone call released by the White House on Wednesday, Trump repeatedly asks the Ukrainian leader to help with an investigation of Democratic presidential candidate Joe Biden and his son, Hunter Biden.

The Democratic-led House of Representatives has opened an impeachment inquiry to remove the president from office for abuse of power.