Racial differences in COVID-19 death rates in the United States have narrowed and flipped, due to reasons including "the choices of Republicans not to be vaccinated," a recent analysis by the Washington Post revealed. 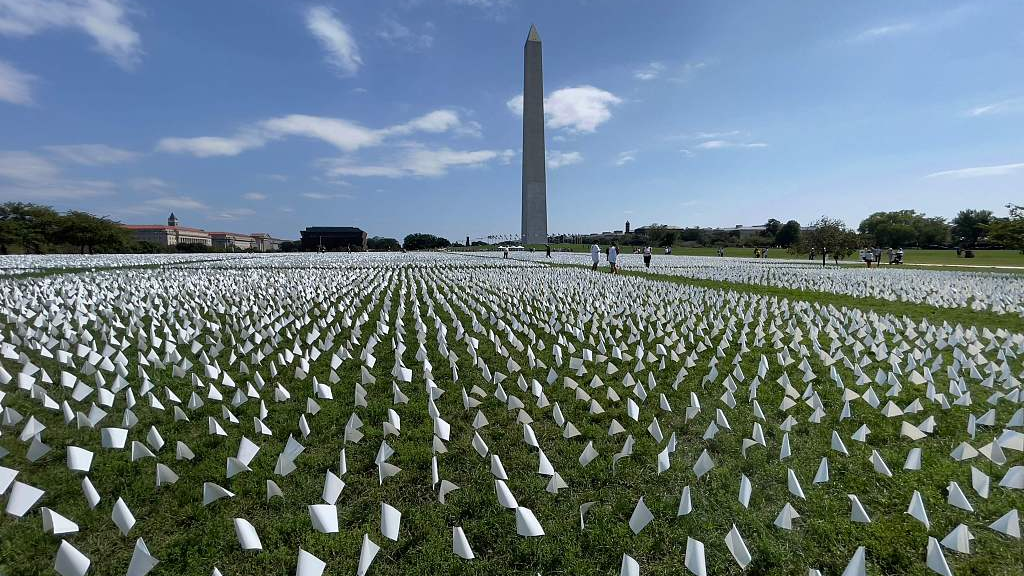 White flags symbolizing the lives lost to COVID-19 in the U.S. are seen on the National Mall near the Washington Monument in Washington, D.C., United States, September 19, 2021. (Photo: CFP)

The Post came to the conclusion after conducting an analysis of COVID-19 death data from the Centers for Disease Control and Prevention from April 2020 through this summer.

The analysis found that the overall age-adjusted death rate for White people slightly surpassed that of Black and Latino people in the US at times during the same period, reversing the trend that the mortality of Black Americans was much higher than for Whites in the early stage of the pandemic, due to health disparity.

The death rates narrowed not because fewer Black people were dying, but because the White people began dying at "increasingly unimaginable numbers," it concluded.

Black and White people were about equally reluctant to receive a coronavirus vaccine when they first became available, but Black people overcame that hesitancy faster, the Post reported, citing researchers at Ohio State.

The switch in the COVID-19 death rate "has vastly different implications for public health interventions," the Post cited Nancy Krieger, professor of social epidemiology at Harvard University, as saying.

Officials must figure out how to connect with "communities who are ideologically opposed to the vaccine" while contending with "the cumulative impact of injustice" on communities of color, she added.

The US has reported over 97 million COVID-19 cases and over 1.06 million deaths since the pandemic began.