The White House will host a summit Thursday to help speed up construction projects tied to the roughly $1 trillion infrastructure law — an effort to improve coordination with the mayors and governors who directly account for 90% of the spending.

"This is the first time we've tried this in 50 years on this level," said Mitch Landrieu, the White House's infrastructure coordinator and the former mayor of New Orleans. "We're going to really push hard to make it go faster and try to do it better, and try to get at least all the federal agencies focused on accelerating the pace of design, construction, permitting." 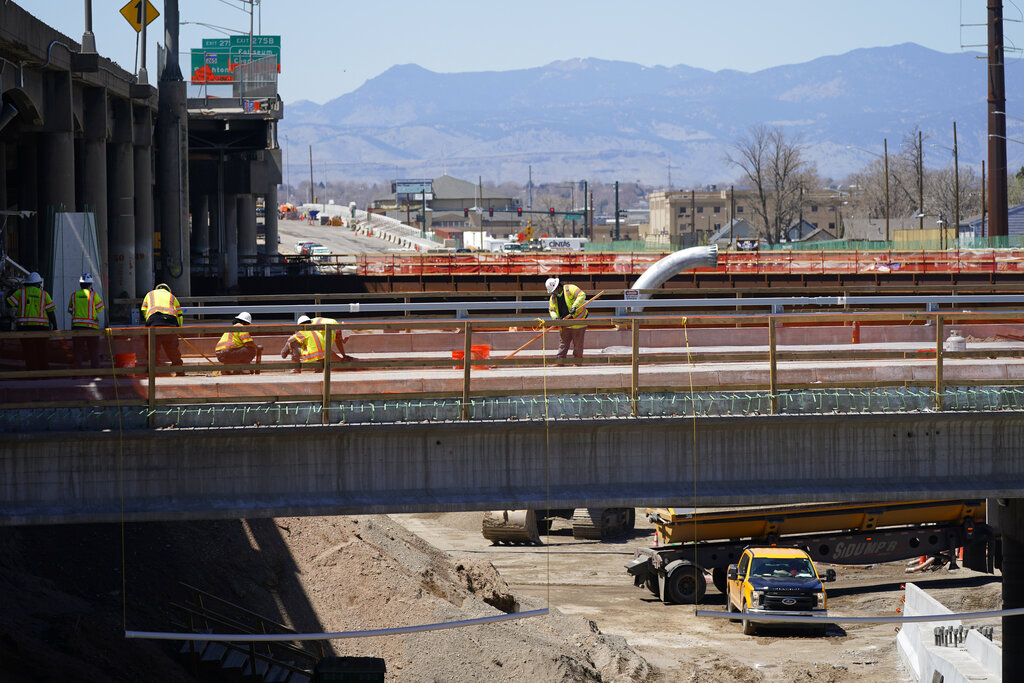 The event occurs at a critical moment for the nearly year-old law as high inflation and worker and material shortages are threatening to delay many projects.

At stake is a legacy-making investment championed by President Joe Biden, who has said that it's the largest set of public works projects since the Interstate Highway System began in the 1950s during Dwight Eisenhower's presidency. Going into midterm elections this year, Biden has repeatedly told voters that the government can deliver results with Democrats and Republicans working together.

Administration officials plan to use the summit to smooth the way for accelerating the pace of construction, which in turn can help to control costs and maximize the value of dollars spent.

The Transportation Department will launch an internal center to provide best practices on project design, planning and construction for state and local leaders. The Commerce Department will have a "Dig Once" effort so that construction workers are not repeatedly punching holes into roads to lay water pipes, broadband connections and electricity and natural gas lines, in addition to other efforts by government agencies and industry groups.

"I just fully expect that the more we work on this, and the better we get, the more money we're going to save and the more time we're going to save," said Landrieu, who will be speaking at the event along with Transportation Secretary Pete Buttigieg and Environmental Protection Agency Administrator Michael Regan, among others.

Roughly 3,000 people are expected to gather in-person and online for the summit, which begins Thursday morning. It will overlap with Biden's being away from the White House as he travels to Western states.

Denver Mayor Michael Hancock will speak on a panel about getting projects done on time. He said that inflation, worker shortages and supply chain issues have each been barriers and cause an increase as high as 30% in forecasted costs.

"All of those issues are the most critical threat to what we're trying to do," Hancock said.

Denver is using federal funds to ensure that neighborhoods remain connected as express lanes are added to a 10-mile stretch of Interstate 70 that bisects the city. Hancock wanted to ensure that the neighborhoods on either side of the highway were not cut off from each other, which could make it more difficult for children to attend school. Funding from the infrastructure law provided an additional $14 million to keep neighborhoods intact, with the project scheduled for completion in 2026.

Hancock said that the infrastructure law also created an "unprecedented" opportunity to partner with female and minority-owned contractors.

"We should not let this moment pass by," he said.