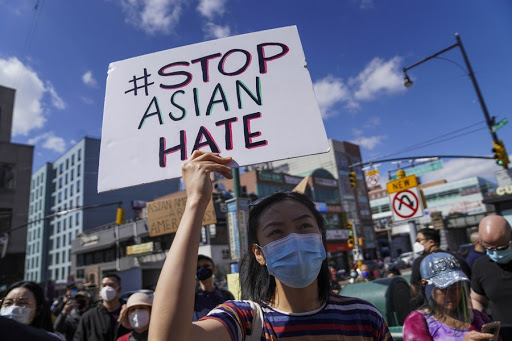 The White House on Tuesday announced new actions including additional funding and a cross-agency initiative to curb the alarming rise in violence and discrimination against Asian Americans and Pacific Islanders (AAPI) during the COVID-19 pandemic.

"Today's announcements are additional steps in the Biden Administration's work to advance equity for Asian American, Native Hawaiian, and Pacific Islander communities through a whole-of-government approach to racial justice," the White House said.

According to a White House fact sheet, President Joe Biden will "appoint a permanent Director to lead the Initiative in the coordination of policies across the federal government impacting Asian American, Native Hawaiian, and Pacific Islander communities."

As part of the initiative, the Civil Rights Division of the Justice Department reconvened its Hate Crimes Enforcement and Prevention Initiative with a focus on the surge in anti-Asian hate crimes in the country.

The FBI will also publish a new interactive page that documents hate crimes against the AAPI community and begin holding training events to educate agents on recognizing and reporting anti-Asian bias.

The Department of Health and Human Services is providing nearly 50 million U.S. dollars from the American Rescue Plan to assist AAPI survivors of domestic violence and sexual assault.

The COVID-19 Health Equity Task Force, founded in January, has also established a subcommittee on Structural Drivers of Health Inequity and Xenophobia, the White House said. This subcommittee will be specifically focused on combating the surge in anti-Asian bias during the coronavirus pandemic.

The National Endowment for the Humanities also launched a virtual library to expand resources and provide information on Asian-American history.

"Too often, we've turned against one another," Biden said in his first prime time address earlier this month, "Vicious hate crimes against Asian Americans, who have been attacked, harassed, blamed, and scapegoated. At this very moment, so many of them, our fellow Americans, they're on the frontlines of this pandemic, trying to save lives, and still, they are forced to live in fear for their lives just walking down streets in America."

"It's wrong, it's un-American, and it must stop," said the president. He signed an executive memorandum condemning and combating anti-AAPI racism, xenophobia, and intolerance during his first week in office in January.

The White House has faced pressure to take more concrete measures to fight the rampant anti-Asian violence, especially in the wake of the shootings killing six Asian American women and two others in the Atlanta area on March 16.

From New York to San Francisco, people of different colors and ages took to streets across the United States after the Atlanta shootings, calling to stop anti-Asian violence which have stoked fear and angry across the Asian American community in the country.

According to Stop AAPI Hate, a California-based nonprofit social organization tracking incidents of violence against Asian Americans and Pacific Islanders, it received nearly 3,800 reports of attack or abuse against people of Asian descent between March 2020 and February 2021.

"The AAPI community has endured a difficult, heart-wrenching year," Democratic Senator Tammy Duckworth said in a statement responding to White House announcement, "There is no doubt that our community is still at risk."