The White House and Congress remained underwater in their approval ratings, according to a new Gallup survey. 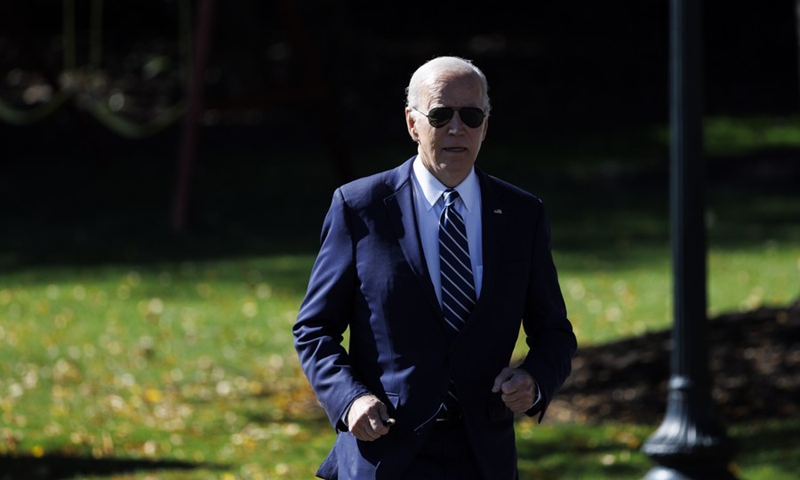 US President Joe Biden walks on the South Lawn to board Marine One at the White House in Washington, D.C., the United States, on Oct. 27, 2022. (Photo: Xinhua)

US President Joe Biden's approval rating stands at 40 percent, with 55 percent disapproving of the way he is handling his job.

Disapproval of Biden has consistently outpaced approval since September 2021 after the chaotic withdrawal of US troops from Afghanistan.

Those findings came from a Nov. 9-Dec. 2 Gallup poll conducted after the 2022 midterm elections on Nov. 8.

The United States will have a divided Congress over the next two years after Republicans flipped the House and Democrats held onto the Senate majority.

"A Republican majority in the US House will essentially end Biden's chances of getting his legislative agenda passed," a Gallup article wrote.

Divided government has been the reality for all US presidents since Ronald Reagan for at least part of their term.

US Senator Kyrsten Sinema from Arizona announced on Friday that she had registered as an independent while lashing out at "the broken partisan system in Washington."

"There's a disconnect between what everyday Americans want and deserve from our politics, and what political parties are offering," Sinema, previously a Democrat, wrote in an op-ed.

"Everyday Americans are increasingly left behind by national parties' rigid partisanship, which has hardened in recent years," she continued. "Payback against the opposition party has replaced thoughtful legislating."