White House counsel Don McGahn to depart in the fall

President Donald Trump is tweeting that his White House counsel, Don McGahn, will be departing in the fall after the Senate confirmation vote for Judge Brett Kavanaugh to serve on the Supreme Court. 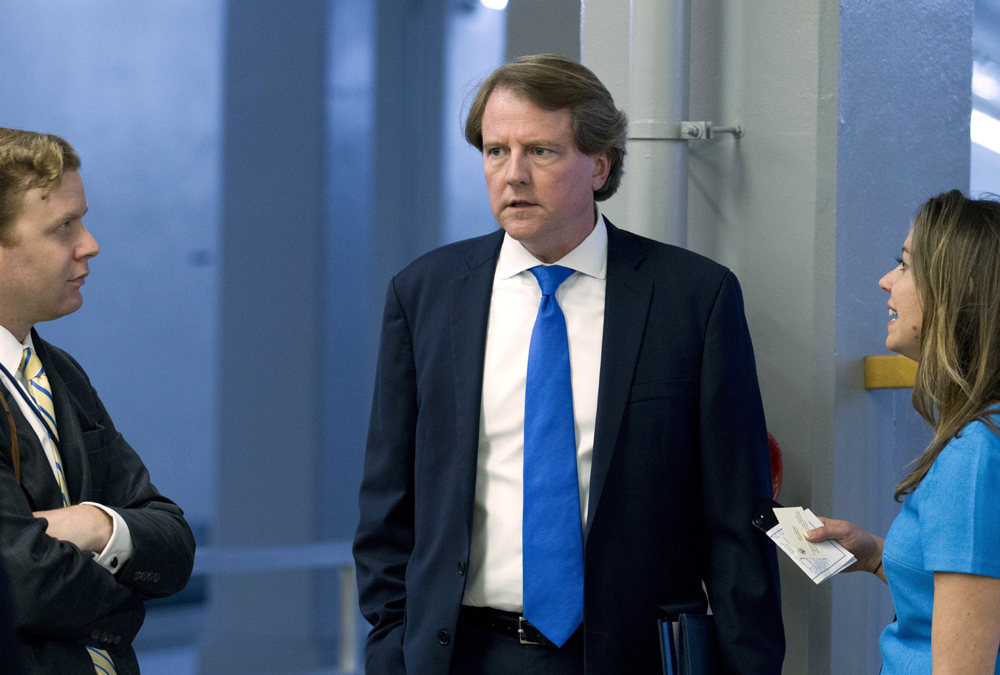 Trump praised his top White House lawyer on Wednesday, saying he has "worked with Don for a long time and truly appreciate his service!"

McGahn has played a major role in Trump's overhaul of the federal judiciary with conservative judges. And he played a prominent role in Trump's selection of Supreme Court Justice Neil Gorsuch and the president's nomination of Kavanaugh.

McGahn has had a tumultuous tenure, marked by his threat to resign last year if Trump continued to press for the removal of Robert Mueller as the special counsel overseeing the investigation into Russian election interference.