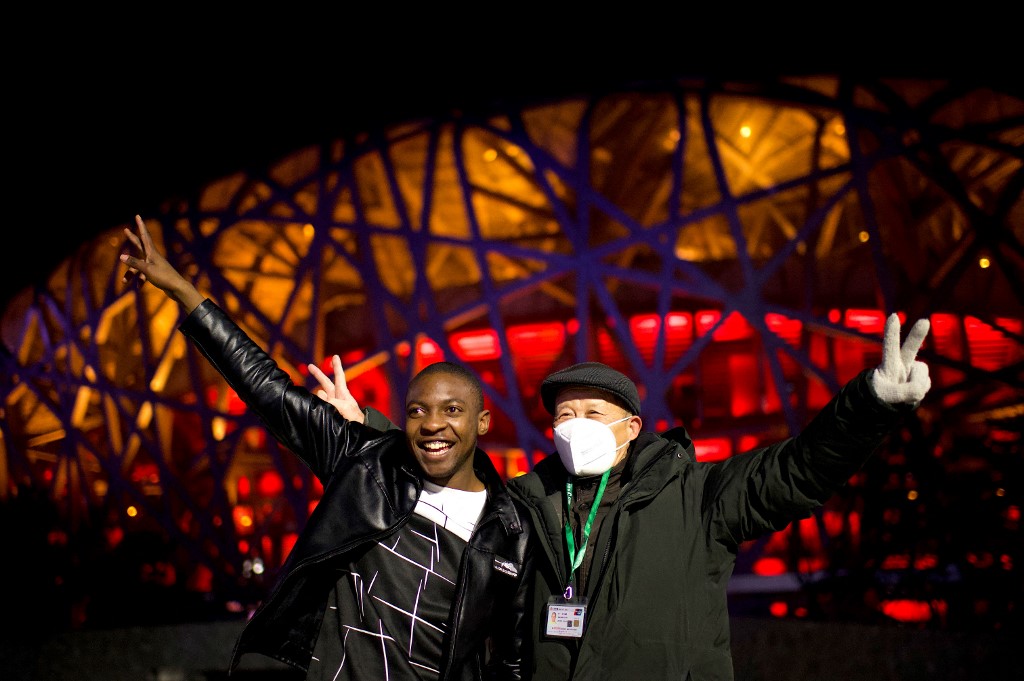 People pose for a picture in front of the Bird’s Nest stadium, the venue for opening and closing ceremonies at the 2022 Winter Olympics, in Beijing on February 4, 2021, a year before the opening of the Games on February 4, 2022. (Photo: AFP)

The U.S. is not discussing a boycott of the 2022 Winter Olympics in Beijing, White House press secretary Jen Psaki said on Wednesday.

"Our position on the 2022 Olympics has not changed. We have not discussed and are not discussing any joint boycott with allies and partners," Psaki said Wednesday.

"Our position has not changed in our planned participation," Psaki reiterated.

The response came as concerns over a possible multi-country snub of the 2022 Olympic Games rose after a U.S. State Department official said Tuesday that Washington wished to discuss such a move.

Chinese Foreign Ministry spokesperson Zhao Lijian reiterated on Wednesday that attempts to politicize sporting events are against the spirit of the Olympic Charter, adding that it also undermines the interests of athletes of all countries, as well as the international Olympic cause.