White House not to release economic projections this summer: Media 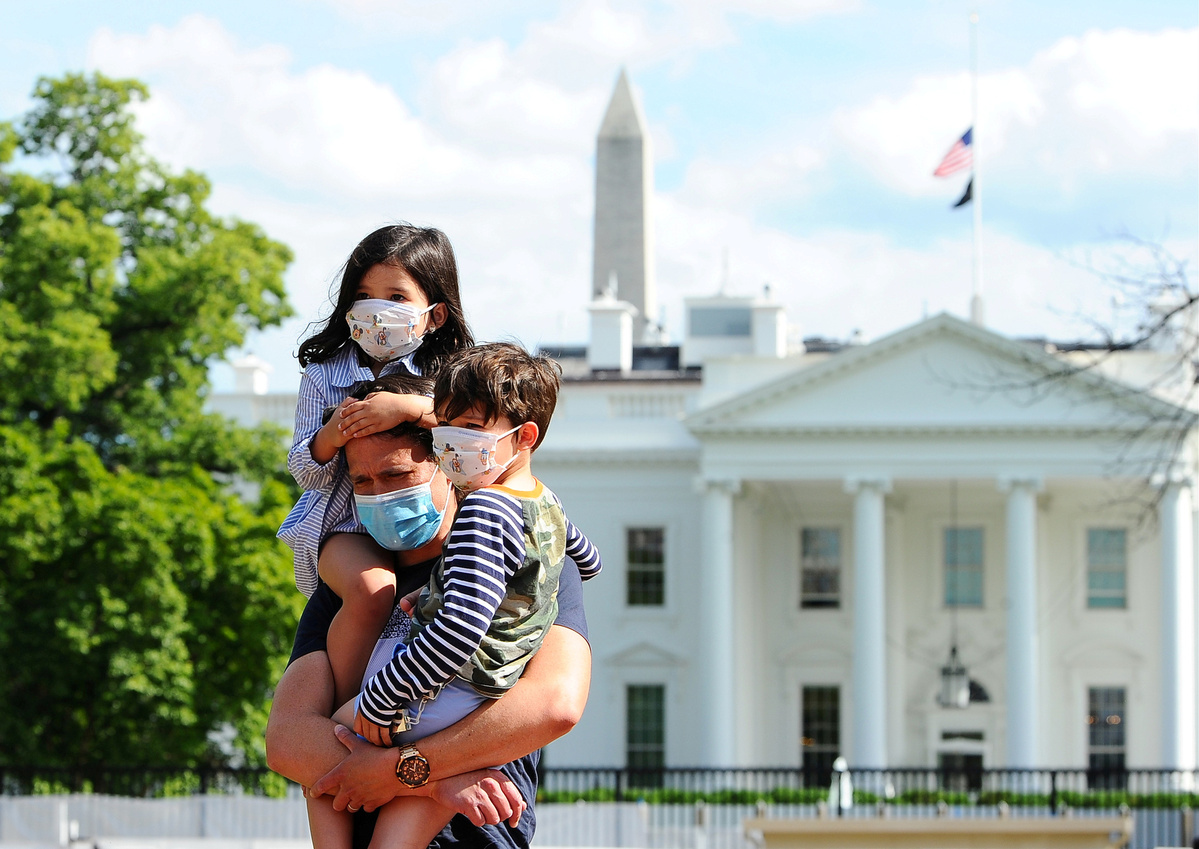 Jason Aguirre carries his children, Elle, 4, and Shai, 6, after viewing the White House, where flags fly at half-staff to commemorate the victims of the coronavirus disease (COVID-19), in Washington, May 23, 2020. (Photo: Agencies)

WASHINGTON - White House officials have decided not to release updated economic projections this summer, breaking from precedent as the US economy is on track to a deep recession caused by the COVID-19 pandemic, according to US media.

Citing three people with knowledge of the decision, The Washington Post reported Thursday that the decision had been made because "the novel coronavirus is causing extreme volatility in the US economy, making it difficult to model economic trends."

The White House is supposed to unveil a federal budget proposal every February and then typically provides a "mid-session review" in July or August with updated projections on economic trends such as unemployment, inflation and economic growth, according to the Post.

"Given the unprecedented state of play in the economy at the moment, the data is also extremely fluid and would produce a less instructive forecast," a senior administration official was quoted by the Post as saying, adding it would be "foolish" to publish forecasting data when it "may mislead the public."

However, former White House and federal government economists criticized the move, suggesting the White House economic team did not want to commit to a prediction about the state of the economy that could undermine President Donald Trump's re-election chances, according to The Hill, a US political website.

"I do wonder if they're not releasing completely-dishonest numbers because: a) staff refuse to produce them, or b) an empty intersection between what would be politically acceptable to them & what would not destroy any credibility," he said.

US economy contracted at an annual rate of 5.0 percent in the first quarter, according to revised data from the Commerce Department released Thursday. That figure, however, still doesn't fully capture COVID-19's economic damage, analysts say.

"This report, however, is only a taste of what to expect in Q2, when we forecast GDP (gross domestic product) to nosedive at an annualized rate of 25 percent," Jay H. Bryson, acting chief economist at Wells Fargo Securities, wrote in an analysis.

While White House officials have expressed optimism that the economy will rebound in the second half of the year, economists and public health experts have warned that a hasty reopening of the economy could trigger a second wave of infections, which could reverse the economic recovery.