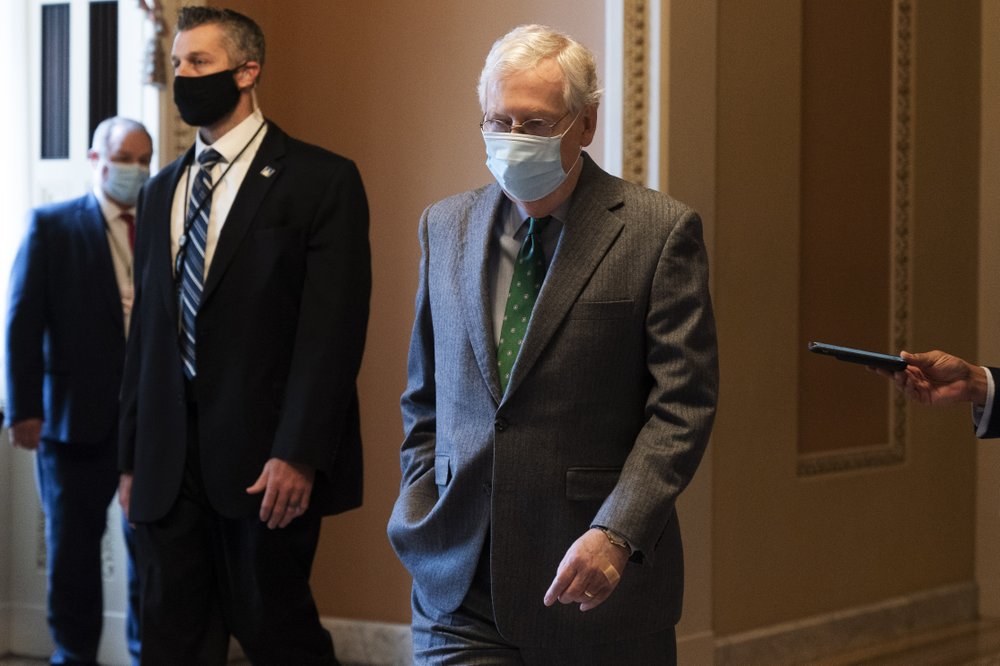 A White House official on Wednesday said the next two days of talks over a new US stimulus package will be critical, as Washington policymakers touted only incremental progress in negotiations.

After months of dialogue and increasing signs of progress in recent days, both Democrats and Republicans say differences remain but they are nonetheless starting to put elements in writing that could become a legislative package costing trillions of dollars.

Congressional Democrats have been holding out for a broad bill with a number of support measures while Republicans have tried to hold down the price tag and narrow the focus, but both sides say they want to win approval before the November 3 election.

"I don't think our chances get better after election. I do think the next 24 to 48 hours will tell us a whole lot," White House chief of staff Mark Meadows said on Fox News.

"With the exchange of legislative language, we are better prepared to reach compromise on several priorities," he said.

Hammill said they have narrowed differences on a national testing plan but more work is needed on a program to get American students back in schools safely.

Meadows once again blamed the delays on Pelosi, saying the administration raised their latest offer to $1.9 trillion, closer to the $2.2 trillion bill the House Speaker is backing.

President Donald Trump is "willing to lean into this," Meadows said. "At some point Speaker Pelosi has to take yes for an answer."

The negotiating teams continue to work and Pelosi and Mnuchin are scheduled to speak again Thursday.

Approval in the Senate remains a question, but Majority Leader Mitch McConnell said on Wednesday he would bring the measure to the floor for a vote if Trump supported it.

Economists say the coronavirus-ravaged US economy has held up well because of the massive injection of about $3 trillion in support for businesses and households earlier in the year, but needs additional support to avert more job losses and a wavy of bankruptcies.