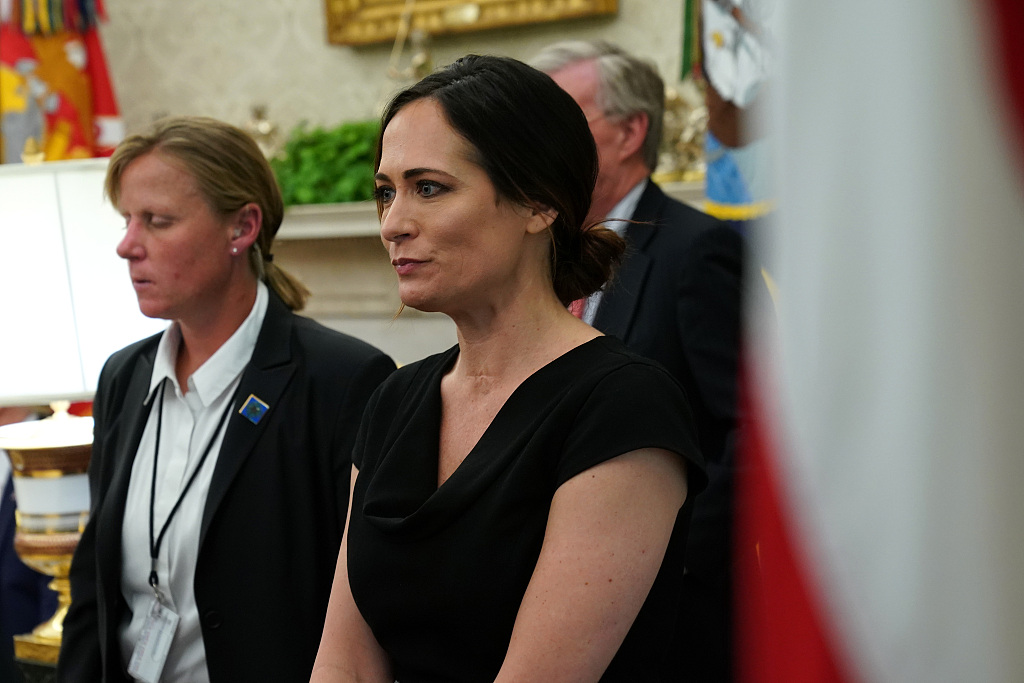 WASHINGTON -- The White House on Friday said it is "prepared for an impeachment to happen," as top House Democrats were suggesting an inquiry into President Donald Trump could be expected to move into public hearings this month.

During an interview with Fox News, White House press secretary Stephanie Grisham said she doesn't consider it a "foregone conclusion" that the Democratic-controlled House will vote to impeach Trump in coming months but admitted "that's something we're expecting."

House Speaker Nancy Pelosi "has made it very, very clear that the House Democrats are going to vote," saying "We can always hope the Dems will come to their senses."

Pelosi, who initiated the impeachment inquiry into Trump in late September, said on Friday that public hearings could be held soon.

"I would assume there would be public hearing in November," the top House Democrat said in an interview with Bloomberg, adding that the case against Trump "has to be ironclad."

Pelosi also said she does not know "what the timetable will be" for the inquiry and that they "have not made any decisions on if the president will be impeached."

One day ago, the House approved mostly along party lines a resolution that establishes procedures for public hearings in the impeachment inquiry and the release of deposition transcripts, among other things.

The impeachment inquiry was triggered by an anonymous whistleblower who raised concerns about the White House's interactions with Ukraine, including a July 25 phone call between Trump and his Ukrainian counterpart, Volodymyr Zelensky.

Trump was alleged to have abused power by using military aid to pressure Zelensky into investigating former U.S. Vice President Joe Biden, a top-tier 2020 Democratic presidential contender, so as to help his re-election campaign. The White House also allegedly tried to cover it up.

Trump has denied any wrongdoing. The White House has dismissed those allegations and made clear that it will not cooperate with House investigators by providing documents or witnesses because it considered the ongoing impeachment inquiry unfair and illegitimate.

"Soon, the American people will see new evidence of the President's abuse of power," Schiff tweeted. "Every Member of Congress will have to answer: is soliciting foreign interference in our elections acceptable? The answer must be no."

Speaking to reporters at the White House before leaving for a rally in Tupelo, Mississippi, Trump called the impeachment inquiry "a hoax," while claiming that he did nothing wrong.

The conviction of the president can only happen in the Senate and requires at least two-thirds of its members, or 67 senators, to vote in favor. Currently, the Senate has 53 Republicans, 45 Democrats and two independents.

So far, the impeachment inquiry hearings have been held behind closed doors before three House panels. A number of witnesses are currently scheduled to testify next week.

House Republicans on Friday asked Pelosi to made available unredacted transcripts from closed depositions and hearings in the Trump impeachment inquiry to all House members.

"To the extent that you make any redactions in any of the transcripts, all members of the House must be supplied copies of the full and unredacted transcripts," they wrote in a letter, accusing Democrats of continuing "to conduct the partisan effort to impeach the President in secret."

According to a new Washington Post-ABC News poll released Friday, Americans are sharply split over the question of whether Trump should be impeached and removed from the White House.

The survey found that 49 percent of respondents endorse impeaching Trump, with 47 percent against, and four percent having no opinion on the matter.