The White House on Tuesday unveiled a national strategy for countering domestic terrorism, which US media said is long overdue and may have a limited effect when implemented. 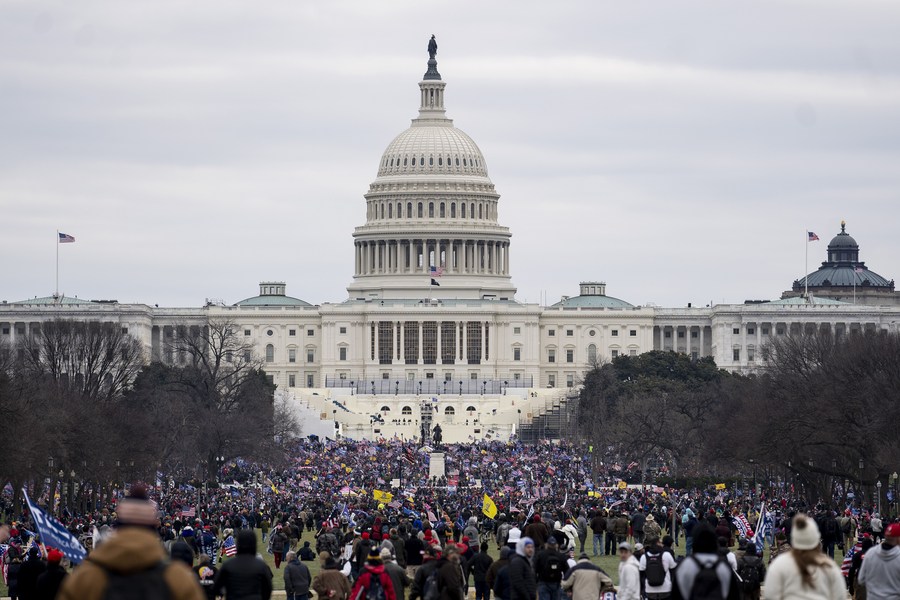 The administration of President Joe Biden, in its budget proposal for fiscal year 2022, requested over $100 million in additional funds for the Department of Justice, the Federal Bureau of Investigation and the Department of Homeland Security to hire analysts, investigators and prosecutors, according to a White House fact sheet on the strategy.

In a statement released by the White House on Tuesday, Biden said domestic terrorism driven by hate, bigotry, and other forms of extremism "is a stain on the soul of America." He wrote in the strategy document that the United States "cannot ignore this threat or wish it away."

Biden's remarks were echoed by Attorney General Merrick Garland, who said in a speech Tuesday that domestic terrorism cases "increased last year and ... will almost certainly continue to be elevated throughout 2021."

The Washington Post said in a report that the newly-devised strategy was long overdue, as it came "after more than two decades of successive administrations focusing almost exclusively on the militant Islamist threat."

The NBC News in its report cast doubt on the content of the strategy, citing experts and civil liberties advocates as saying that the US government doesn't need more legal authority to prosecute terrorism.

It also said the strategy failed to address "the question of whether it ever would be appropriate to designate domestic organizations as terrorist groups, the way the US designates foreign groups."

The Hill was more blunt, saying in a column that while there are plenty of commonsense ideas in the strategy, "the forces that are breeding extremism won't be easily tamed."

"A toxic stew of political polarization and inflammatory rhetoric has fed domestic radicalism for years," wrote the column. "It's hard to see how that gets any better anytime soon."