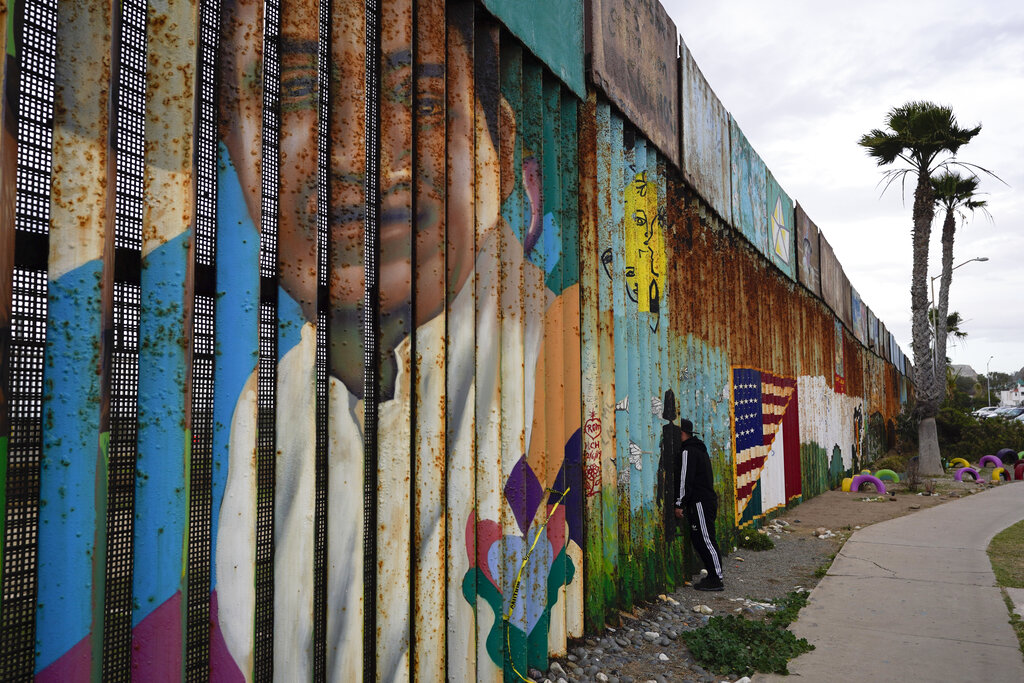 A man looks through the first wall at Friendship Park, near where the border separating Tijuana, Mexico, and San Diego meets the Pacific Ocean Tuesday, Jan. 19, 2021, in Tijuana, Mexico. (Photo: AP)

WASHINGTON, June 11 (Xinhua) -- The White House said on Friday that it returned more than 2 billion U.S. dollars of military funds to the Pentagon that former President Donald Trump had diverted for building controversial border wall between the United States and Mexico.

The funds will now be used for 66 military projects in 11 U.S. states, 3 U.S. territories and 16 countries, the White House Office of Management and Budget (OMB) said in a statement.

"The effort diverted critical resources away from military training facilities and schools, and caused serious risks to life, safety, and the environment," said the statement. "It also took attention away from genuine security challenges, like drug smuggling and human trafficking."

During the Trump administration, the federal government built 52 miles of new wall along the U.S.-Mexico border, according to the OMB, with some stretches of barrier costing as much as 46 million dollars per mile.

"Building a massive wall that spans the entire southern border and costs American taxpayers billions of dollars is not a serious policy solution or responsible use of Federal funds. Most contraband is likely to come through legal ports of entry. And many families fleeing the violence in Central America are voluntarily presenting themselves to border patrol officials," OMB said in its fact sheet.

Recipients of the restored funds include two Marine battalions in North Carolina; an Air Guard marksmanship training program in Indiana; two missile interceptors in Fort Greely, Alaska and an elementary school for the children of U.S. service members stationed in Germany.

The fiscal year 2022 budget of the administration of President Joe Biden includes more than one billion dollars for border infrastructure improvement, but no additional funding for border wall building.

In one of his first actions after swearing in, Biden ordered a halt in border wall construction, calling for a review of relative projects and funds.