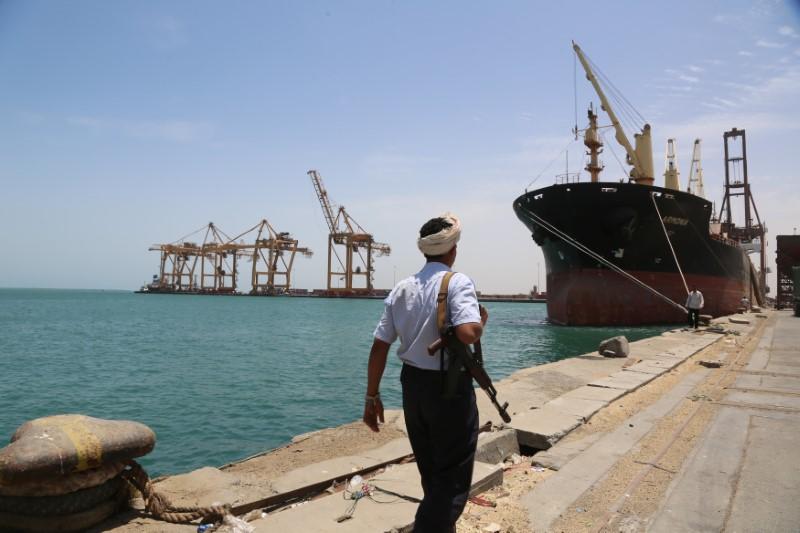 The White House said on Thursday it believed that Saudi Arabia would allow a blocked port in Yemen to open after President Donald Trump urged Riyadh to lift a blockade to let humanitarian aid reach the Yemeni people.

The Saudi-led military coalition fighting the Iran-aligned armed Houthi movement in Yemen’s civil war started blockading ports a month ago after Saudi Arabia intercepted a missile fired toward its capital Riyadh from Yemen.

Although the blockade later eased, Yemen’s situation remains dire. About 8 million people are on the brink of famine with outbreaks of cholera and diphtheria. Yemen’s population of 27 million is almost entirely reliant on imports for food, fuel and medicine. “I believe there are actions that are taking place for a port to open and we’ll keep you posted as those details become more available,” White House spokeswoman Sarah Sanders told reporters.

Trump called for Saudi Arabia on Wednesday to “completely allow food, fuel, water, and medicine to reach the Yemeni people”, suggesting Washington had run out patience with the blockade that has been condemned by relief organizations.

“Progress has not been seen yet, but we hope that advocacy and those strong messages will open up the port from being a partially open port to being a fully open port,” Jamie McGoldrick, United Nations Humanitarian Coordinator in Yemen, told reporters in New York.

McGoldrick said there were 15 ships, carrying mainly food and fuel, waiting to enter the Yemeni ports of Hodeidah and Salif. Around 80 percent of Yemen’s food imports arrive through Hodeidah.

“They need to come onshore now,” said McGoldrick, speaking via telephone from Sanaa. “There are some boats which are offshore which have been cleared by Riyadh already ... We see no reason why they should not be able to come onshore now.”

A Reuters analysis of port and ship tracking data has shown that no fuel shipments have reached Yemen’s largest port for a month.