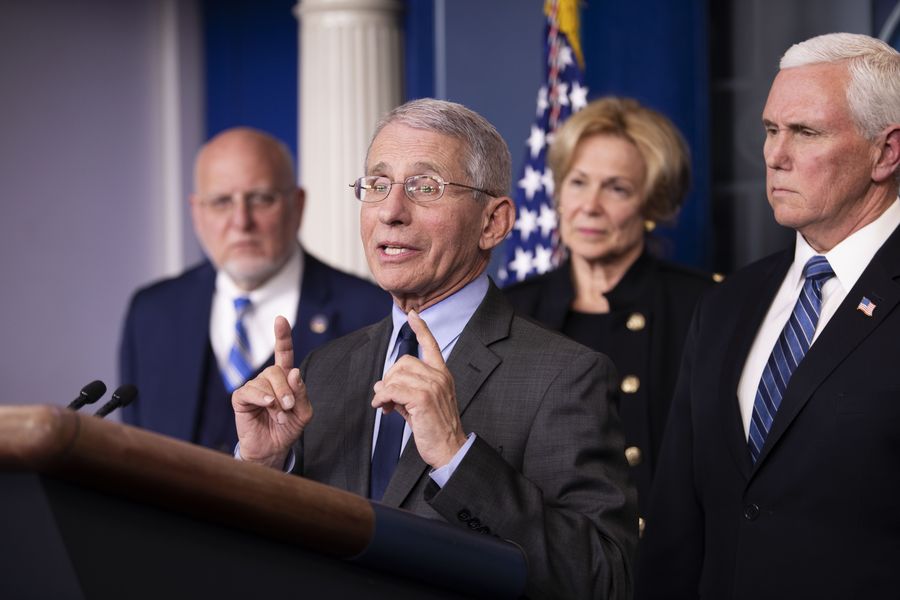 Anthony Fauci (front), director of the U.S. National Institute of Allergy and Infectious Diseases(NIAID), attends a press conference on the coronavirus at the White House in Washington D.C., the United States, on March 2, 2020. (File photo: Xinhua/Liu Jie)

WASHINGTON, July 13 (Xinhua) -- The White House is trying to discredit Anthony Fauci, a top U.S. infectious diseases expert, amid a ballooning caseload of COVID-19 in the United States, according to U.S. media.

The official mentioned Fauci's earlier comments on the pandemic, including his description of the coronavirus as "not a major threat" in January, as examples.

However, on Sunday, U.S. Surgeon General Jerome Adams explained to CBS that "when you learn more, you change those recommendations. Our recommendations have changed."

Additionally, the Washington Post reported Sunday that Fauci has been sidelined by the White House, despite his leading role in the country's fight against the epidemic.

Citing a senior White House official who spoke on condition of anonymity, the Post reported that Fauci "no longer briefs (President Donald) Trump and is never in the Oval (Office) anymore."

According to the report, Fauci had not spoken to Trump since "the first week of June."

More than 3.3 million confirmed COVID-19 cases have been reported in the United States, with over 135,000 deaths, as of Monday morning local time, according to Johns Hopkins University.