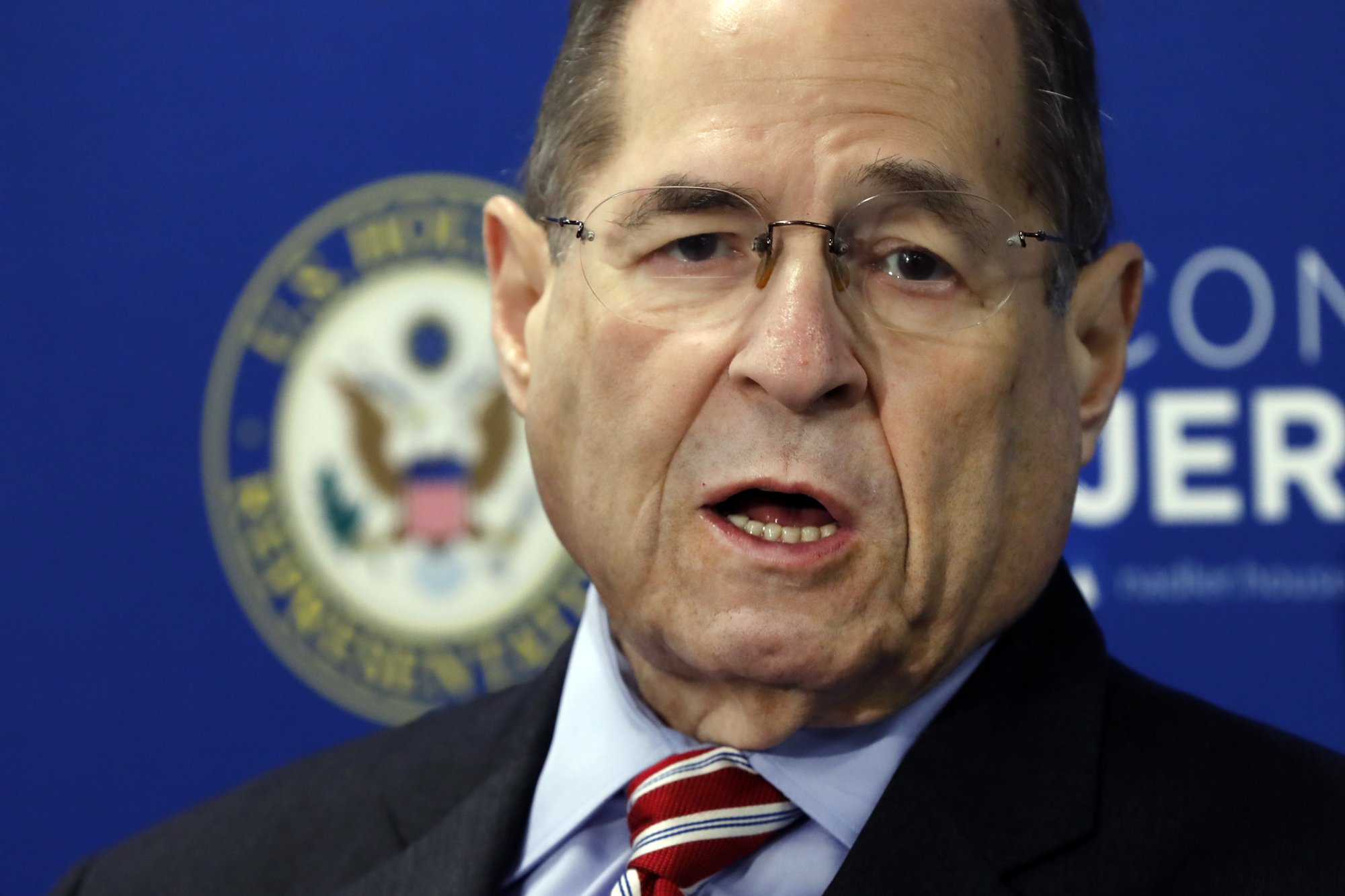 US Rep. Jerrold Nadler, D-NY, Chairman of the House Judiciary Committee, speaks during a news conference, in New York, Wednesday, May 29, 2019. (Photo: AP)

The White House on Tuesday again directed former employees not to cooperate with a congressional investigation, this time instructing former aides Hope Hicks and Annie Donaldson to defy subpoenas and refuse to provide documents to the House Judiciary Committee.

The letters from the White House to the Judiciary panel are the latest effort by the White House to thwart congressional investigations into President Donald Trump . Trump has said he will fight “all of the subpoenas” as Democrats have launched multiple probes into his administration and personal financial affairs.

Mueller’s investigation concluded that Russia interfered in the 2016 election in hopes of getting Trump elected, though his report said there was not enough evidence to establish a conspiracy between Russia and the Trump campaign. Last week Mueller emphasized he had not exonerated Trump on the question of whether he obstructed justice — in effect leaving it to Congress to decide what to do with his findings.

In a letter to Nadler, White House Counsel Pat Cipollone said that Hicks and Donaldson “do not have the legal right” to disclose White House documents to the panel. Cipollone said requests for the records should be directed to the White House, adding that they remain “legally protected from disclosure under longstanding constitutional principles, because they implicate significant executive branch confidentiality interests and executive privilege.”

In directing witnesses not to comply, the White House has frequently cited such executive privilege, or the power to keep information from the courts, Congress and the public to protect the confidentiality of the Oval Office decision-making process.

But that only extends so far. Nadler said in a statement that while the White House had instructed the former aides not to turn over materials, Hicks has agreed to turn over some documents related to her time on Trump’s presidential campaign. Those materials are not covered by executive privilege.

Nadler said he thanked Hicks for “that show of good faith.” But it was unclear how much material the committee would receive.

The committee is arguing that the documents would not be covered by executive privilege if they left the White House months ago.

“The president has no lawful basis for preventing these witnesses from complying with our request,” Nadler said. “We will continue to seek reasonable accommodation on these and all our discovery requests and intend to press these issues when we obtain the testimony of both Ms. Hicks and Ms. Donaldson.”

The subpoenas also demanded that Hicks appear for a public hearing on June 19 and that Donaldson appear for a deposition on June 24. They have not yet said whether they will do so.

As the White House has pushed back on the investigations, some Democrats have ramped up their calls for Nadler to open an impeachment inquiry, arguing it would improve congressional standing in the courts as they try to enforce subpoenas. But House Speaker Nancy Pelosi has been reluctant to launch impeachment proceedings, despite a growing number in her caucus who have called for it.

On Tuesday, progressive groups expressed “deep disappointment” over Pelosi’s unwillingness and called on her to act, according to a letter obtained by The Associated Press. The groups said in the letter that voters gave Democrats control of the House “because they wanted aggressive oversight of the Trump administration.”

Pelosi says impeachment requires more public support and would detract from the legislative agenda. She has instead favored a slower, more methodical effort.

As part of that approach, the House is expected next week to hold McGahn and Attorney General William Barr , who has refused to turn over the full Mueller report, in contempt of Congress. The resolution scheduled for a June 11 vote will allow the Judiciary Committee to seek court enforcement of its subpoenas.

Nadler has also said that his panel will launch a series of hearings on “the alleged crimes and other misconduct” in Mueller’s report as Democrats try to keep the public’s focus on his findings in the Trump-Russia investigation.

The hearings will serve as a stand-in of sorts for Mueller, who said last week he would prefer not to appear before Congress and would not elaborate on the contents of his report if he were forced to testify.

The first hearing, on June 10, looks at whether Trump committed obstruction of justice by intervening in the probe. It will feature John Dean, a White House counsel who helped bring down President Richard Nixon’s presidency.

Democrats have suggested they will compel Mueller’s appearance if necessary, but it’s unclear when or if that will happen. Negotiations over Mueller’s testimony are ongoing.

House Intelligence Committee Chairman Adam Schiff said Tuesday that his panel will also hold hearings on the Mueller report, focusing on Russian interference in the 2016 election.