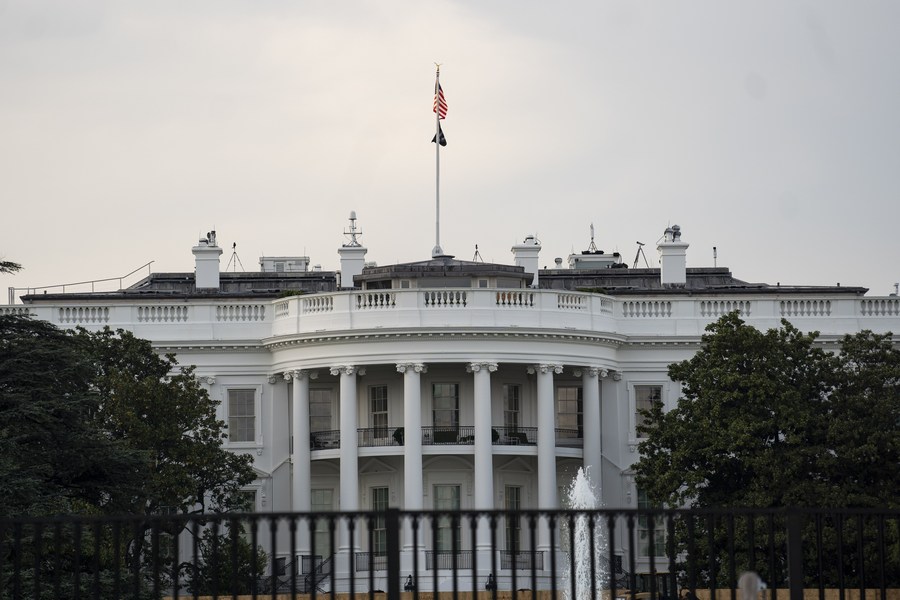 Photo taken on May 4, 2021 shows the White House in Washington, D.C., the United States. (Photo: Xinhua)

White House Principal Deputy Press Secretary Karine Jean-Pierre said on Tuesday it will work with allies and European partners to address any questions, when asked about a report from Denmark about U.S. spying on European leaders.