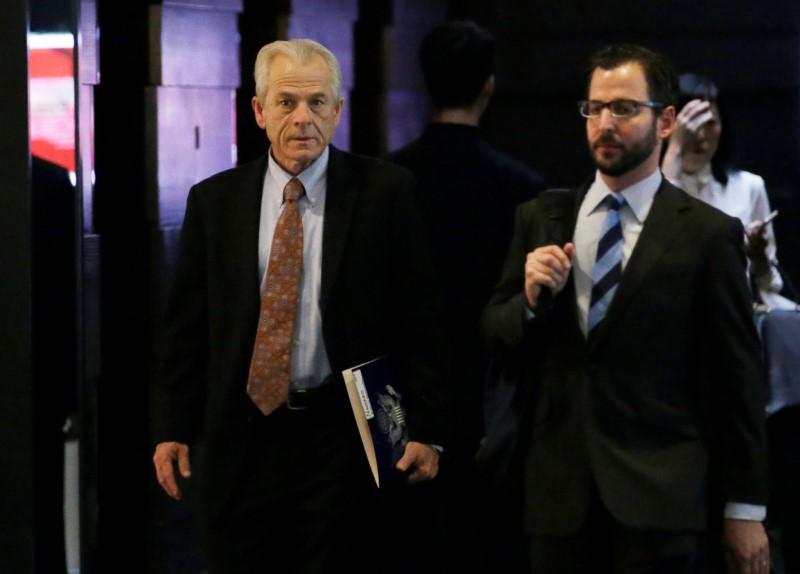 "My mission was to send a very strong signal of strength... the problem was that in conveying that message I used language that was inappropriate," Navarro said at a Wall Street Journal CFO Network conference in Washington.

"I own that, that was my mistake, those were my words," he said.

Navarro had told Fox News on Sunday that there was a "special place in hell" for the Canadian prime minister that "engages in bad-faith diplomacy" with U.S. President Donald Trump.

Navarro's apology came days after Trump's spat with Trudeau over trade and the Group of Seven (G7) summit in Canada.

Following Trump's departure from the G7 summit, Trudeau said Saturday at a press conference that U.S. steel and aluminum tariffs against Canada on national security grounds were "kind of insulting" and that Canada "will not be pushed around."

In return, Trump accused Trudeau of being "weak and dishonest" and instructed U.S. representatives not to endorse the G7 joint communique.

"Based on Justin's false statements at his news conference, and the fact that Canada is charging massive Tariffs to our U.S. farmers, workers and companies, I have instructed our U.S. Reps not to endorse the Communique as we look at Tariffs on automobiles flooding the U.S. Market!" Trump tweeted on Saturday.

But Trudeau's Office said in a statement that the Canadian prime minister has been consistent with Trump both in public and private conversations.

The G7 summit came after the Trump administration decided to impose tariffs on steel and aluminum imports from the European Union (EU), Canada and Mexico, which had drawn strong opposition from the domestic business community and U.S. major trading partners.