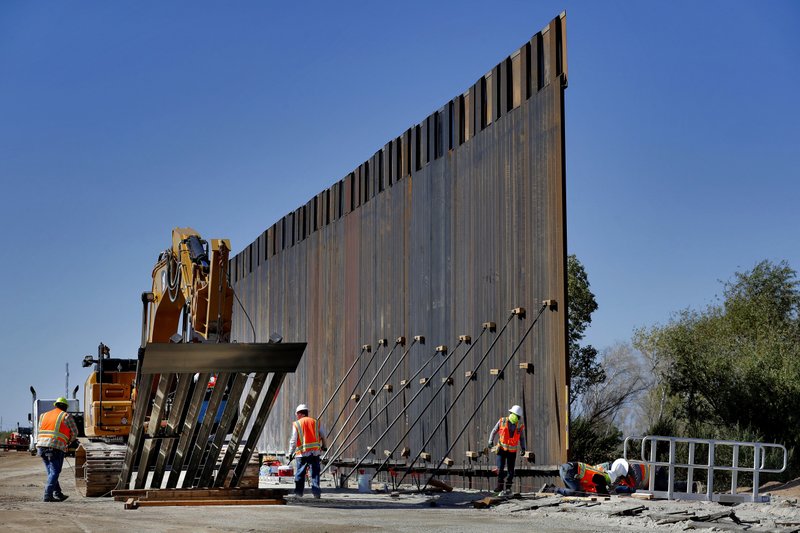 In this Sept. 10, 2019 file photo, government contractors erect a section of Pentagon-funded border wall along the Colorado River in Yuma, Ariz. (Photo: AP)

The White House says construction of the US-Mexico border wall will move forward after a federal appeals court ruling that frees up construction money.

The 2-1 ruling on Wednesday halted a federal judge’s ruling in December that had prevented the government from spending $3.6 billion diverted from 127 military construction projects to pay for 175 miles (282 kilometers) of border wall.

The US Court of Appeals for the Fifth Circuit noted that the Supreme Court in July had stayed a similar injunction, clearing the way for the Trump administration to tap billions of dollars in Pentagon funds to build sections of border wall.

“The Government is entitled to the same relief here,” the three-judge panel wrote.

President Donald Trump tweeted about the ruling and wrote that the “Entire Wall is under construction or getting ready to start!”

White House press secretary Stephanie Grisham said on Thursday that the court had lifted an “illegitimate nationwide injunction” and in doing so had allowed work on the border wall to continue with military construction money.

“We will finish the wall,” she said in a statement.

The spending affected by the court ruling is intended for 11 projects in California, Arizona, New Mexico and Texas. The longest and most expensive by far would span 52 miles (83 kilometers) in Laredo, Texas, at an estimated cost of $1.27 billion.

Opponents of the Trump administration’s actions had welcomed the earlier district court ruling that had put the work on hold, calling the Republican president’s actions an “outrageous power grab.” They noted that Trump had promised repeatedly during the 2016 presidential campaign that Mexico would pay for the wall.